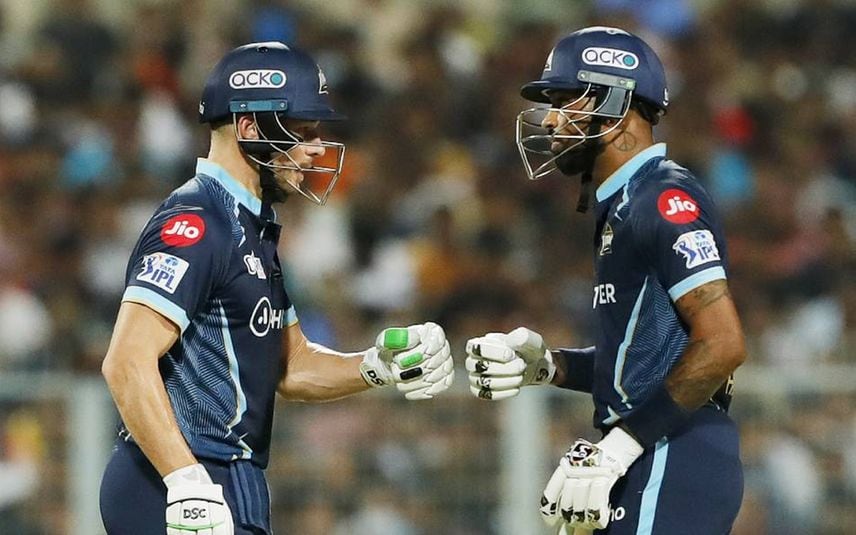 Kolkata: Rajasthan Royals scored 188 for six against Gujarat Titans in the Qualifier 1 of the Indian Premier League here on Tuesday.

RR lost Yashasvi Jaiswal (3) early but Sanju Samson and Jos Buttler dominated the GT bowlers with their aggressive batting, hitting plenty of boundaries during a second-wicket partnership of 68 runs in quick time.

Skipper Samson got out after scoring an entertaining 47 off only 26 balls, while leading scorer Buttler smashed his way to 89 in 56 deliveries.

Rashid Khan bowled extremely well and finished with none for 15 in his full quota of four overs.