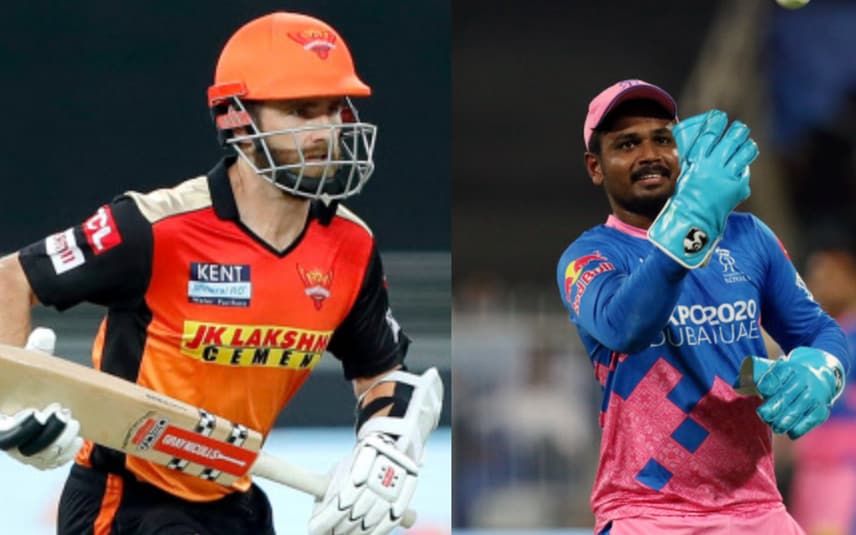 Pune: Packed with multiple match-winners in their ranks, heavyweights Rajasthan Royals face Sunrisers Hyderabad in a clash of former champions as both sides aim for a winning start in the IPL here on Tuesday.

Royals' batting fortunes will hinge largely on the form of their talented skipper Sanju Samson, who has been around the scene for a while now but has not delivered up to the expectations.

Inconsistency has been his bane and he would like to change that and lead from the front this season in search of their first title since the inaugural edition in 2008.

Each year, Samson plays one or two match-defining knocks but this time he would have to go the extra mile if the Royals want to win that elusive second title.

Good performances in the IPL could also help Samson cement a place in the Indian team with the T20 World Cup scheduled for later this year.

The Jaipur-based side are most likely to open with Jos Buttler and Devdutt Padikkal. A rampaging Buttler can tear into any bowling attack and if he and the stylish Padikkal can get off to flying starts, the Royals would be well served with the likes of Samson and the others to follow.

Royals have an array of players like power-hitter Shimron Hetmyer, Rassie Van der Dussen, Jimmy Neesham and Riyan Parag to pick for the middle-order and their contribution could well determine the team's fortunes.

They have a stronger bowling unit this time around with the inclusion of ace off-spinner Ravichandran Ashwin and Yuzvendra Chahal, and the duo are certainties in the playing XI.

Their eight overs would be crucial in the overall context of a particular game and nothing would please skipper Samson if the duo can spin a web around the SRH batters.

Kiwi Trent Boult, earlier the spearhead of Mumbai Indians, would be leading the pace attack which includes the likes of Prasidh Krishna and Navdeep Saini.

For SRH, the experience of captain Kane Williamson, probably the best batter in the squad, would be vital. His contributions with the willow and as a leader could go a long way in determining the team's fortunes.

Williamson's compatriot Glenn Phillips can open the batting while hard-hitting West Indian Nicholas Pooran, Priyam Garg and Rahul Tripathi would be expected to shoulder responsibility in the middle order. Tripathi has also played significant knocks in the IPL but it is time he shows consistency.

If Williamson chooses to bat at No.3, then Ravikumar Samarth can open the batting while Abdul Samad, who has impressed many, can play the role of a finisher for the franchise.

The bowling attack will be led by pacer Bhuvneshwar Kumar, one of the finest death bowlers. But he would need to dish out consistent spells as would new pace sensation Umran Malik.

Left-arm pacer T Natarajan, on a comeback trail, will be hoping to get his yorkers right as he aims to work his way back into national team contention.

Washington Sundar, another T20 specialist, can play a key role for the Sunrisers and one among Shreyas Gopal or J Suchith may be tried out.