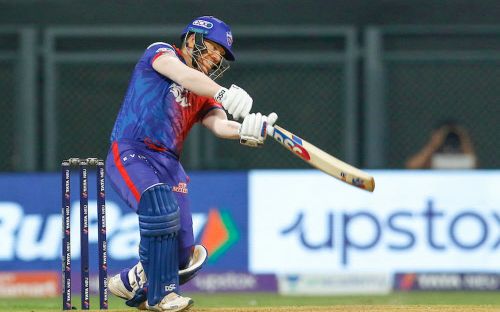 Mumbai (Maharashtra) [India], May 6 (ANI): David Warner on Thursday equalled the record of Rohit Sharma (18) for winning the most Player of the Match award in the Indian Premier League history.

Warner also became the third player to win most Player of the Match awards in IPL history.

Delhi Capitals opener David Warner scored an unbeaten 92 off 58 balls against Sunrisers Hyderabad in the 50th match of IPL 2022 played at the Brabourne Stadium in Mumbai. Warner hit 12 fours and three sixes during his innings. Thanks to his innings, Delhi Capitals scored 207 runs for 3 wickets in 20 overs. Warner had an unbeaten century partnership of 122 runs with Rovman Powell (67 *).

Coming to the match, chasing a huge target of 208 runs, Sunrisers Hyderabad could score 186 runs in 20 overs for the loss of 8 wickets. For Delhi, Khaleel Ahmed took three wickets while Shardul Thakur took two wickets. This was Delhi's fifth win in 10 matches. On the other hand, Sunrisers Hyderabad team has slipped to sixth place. (ANI)