Gujarat gets 10th win in IPL, beats Chennai by 7 wickets 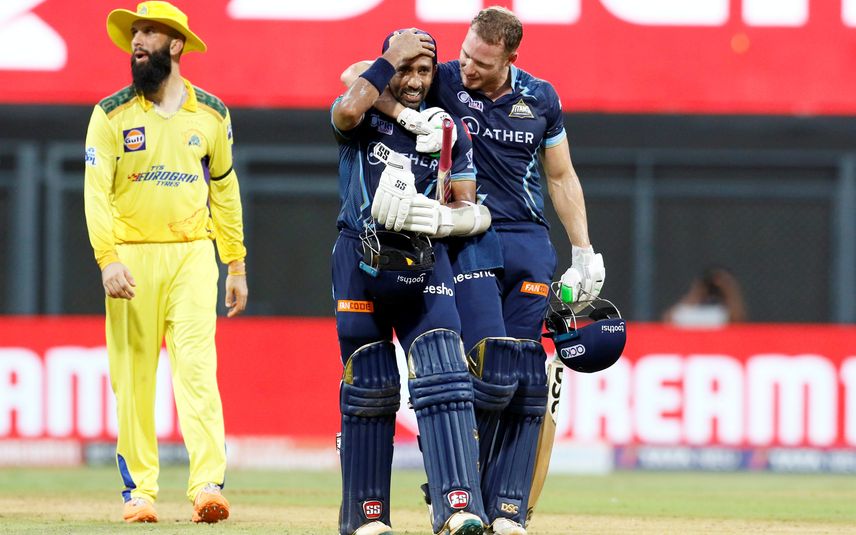 Mumbai:Gujarat Titans confirmed its spot in the Indian Premier League Qualifier 1 with a seven-wicket win over Chennai Super Kings on Sunday.

Wicketkeeper-batter Wriddhiman Saha hit an unbeaten 67 as Gujarat reached 137-3 with five balls to spare for its 10th win in a blockbuster debut IPL season.

Chennai, ninth in the table with eight points, had earlier struggled to reach 133-5 against some tidy Gujarat bowling led by Mohammed Shami, who finished with 2-19.

“We were not chasing a big target, so I took my chances in the powerplay and then there was no need to take chances as the required rate was under six,” Saha said.

Pathirana also found the leading edge of Gujarat skipper Hardik Pandya (7) to finish with 2-24, but Saha stood firm to score his third half century of the season which featured eight fours and a six.

Earlier, Chennai's top order was pinned down by Gujarat's bowlers.

Shami had Devon Conway caught behind in the third over for five. Ruturaj Gaikwad (53) and Moeen Ali (21) couldn’t find the boundary until the fifth over before Moeen smashed two sixes against Rashid Khan in the last over of the batting powerplay.

Gaikwad was top scorer for his team with 53 off 49 balls and Narayan Jagadeesan made an unbeaten 39, but Gujarat didn’t concede a boundary in the last five overs with Rashid bowling two of those overs.