Battered CSK look to get their confidence back against RCB 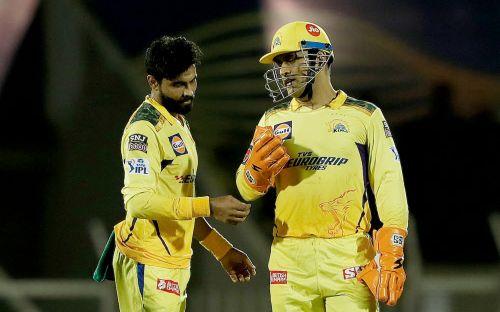 Navi Mumbai: Defending champions Chennai Super Kings would need to lift themselves after a nightmarish start to the season and play a "complete" game when they take on a high-flying Royal Challengers Bangalore in the IPL here on Tuesday.

In words of head coach Stephen Fleming, the team's self-belief is shaken after four losses in a row.

The four-time champions haven't played the cricket they are known for under skipper Ravindra Jadeja, who has not been able to lead from the front.

The seniors in the team including ‘Thala' Mahendra Singh Dhoni, Robin Uthappa, Ambati Rayudu and Dwayne Bravo need to step up in this crisis situation.

CSK have only posted one 200 plus score so far while scoring sub-par totals in the other three games.

The CSK batters will have to face a potent RCB bowling attack including the likes of spinner Wanindu Hasaranga, David Willey and Mohammed Siraj.

Young Ruturaj Gaikwad, who has had a miserable season so far, will need to step up and deliver and also all-rounders Moeen Ali and Shivam Dube will have to take more responsibility.

Fleming admitted that the side is facing two-fold problems -- unavailability of Deepak Chahar due to injury and and a below-par show in all departments.

A buoyant RCB, however, are ticking all the boxes.

Opener Anuj Rawat, who hit his maiden IPL fifty, came to the party against Mumbai Indians, while Virat Kohli also got much needed runs.

Skipper Faf Du Plessis can take any attack to cleaners and the top-three too are in good form.

Dinesh Karthik is the firing finisher for RCB and engineer-turned cricketer Shahbaz Ahmed has also impressed with his batting so far.

Apart from veteran Dwayne Bravo, CSK bowlers have been way off the mark.

They need to get the bowling combination right having tried many options.

Another key weak-link is Mukesh Choudhary, who has been leaking runs. Unless CSK find the right combination, RCB would be expected to run away with the game.