Six star players to watch at the World Cup 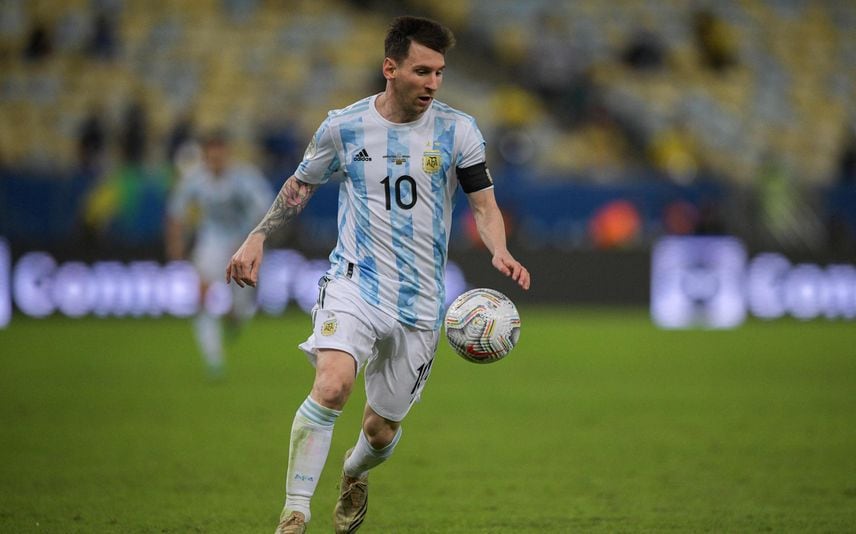 Paris: The 2022 World Cup gets underway in three weeks' time in Qatar, with France hoping to become the first team to successfully defend the title since Brazil 60 years ago.

AFP Sport takes a look at six of the world's best players who will be competing in the tournament:

-- Arguably the greatest player of all time, Messi has yet to emulate past legends Pele and Diego Maradona by winning football's biggest prize. He did finally win a major international tournament with Argentina when he was the driving force behind their Copa America triumph last year. The 35-year-old has said this will "very likely" be his last World Cup and will be desperate to go one better than 2014, when Argentina lost the final to Germany in extra time. Lionel Scaloni's side have high hopes of winning a third world title, heading into the tournament on a 35-match unbeaten run.

-- Messi's long-time rival for the status of world's best player, Ronaldo will also surely be appearing at a World Cup for the final time, aged 37. International football's all-time record scorer recently netted the 700th club goal of his career. Ronaldo won an emotional title at Euro 2016 with Portugal but their best effort with him on a global stage remains a semi-final exit in 2006. He will be expecting to score in a record-breaking fifth straight World Cup, surpassing Pele, Miroslav Klose and Uwe Seeler.

-- His France teammate Karim Benzema is the current Ballon d'Or holder but the world champions' most important player remains Mbappe, more than four years since he starred at the 2018 World Cup. The Paris Saint-Germain forward became the first teenager to score in a World Cup final since Pele with his strike in France's 4-2 victory over Croatia. Mbappe, now 23, has denied reports he is attempting to leave PSG mid-season just months after signing a lucrative new contract. After winning the best young player trophy in Russia, he will have his eyes set on the senior prize this time around.

-- The Bayern Munich winger, who finished second in the Ballon d'Or voting behind Benzema, will be tasked with inspiring Senegal into the knockout stage. All five African nations were knocked out in the group stage in 2018, but there are high hopes the continent's champions can go deep into the tournament. Mane scored the winning penalty in a shootout as Senegal beat Egypt, and his former Liverpool teammate Mohamed Salah, to qualification. The 30-year-old's team have been given a kind draw alongside hosts Qatar, the Netherlands and Ecuador in Group A, as they bid to at least match the country's shock run to the 2002 quarter-finals.

-- Brazil head into the tournament as favourites to win a record-extending sixth World Cup. The strong form of Neymar this season for PSG will be a big plus point for coach Tite after a difficult spell for the 30-year-old. Neymar heads to Qatar just two goals short of equalling Pele's all-time Brazil scoring record, albeit having already played 29 more matches. The Selecao were beaten by Belgium in the quarter-finals four years ago, leaving Neymar still waiting to make up for 2014, when he missed the humiliating 7-1 semi-final thrashing by Germany on home soil through injury.

-- The Tottenham forward is undoubtedly Asian football's biggest star and he will be carrying South Korea's hopes in a tight-looking Group H. Son shared the Premier League Golden Boot last season with Liverpool's Salah, despite not taking penalties for Spurs. He has netted 35 times in 104 internationals, including the second goal of the Koreans' stunning 2018 win over Germany which dumped the reigning champions out in the group stage. Son has not always been at his best this term, but a recent run of seven goals in seven games for club and country shows he has lost none of his potency.