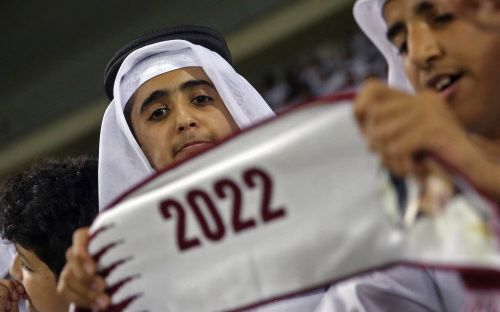 Doha: Qatar's tightly-controlled media on Monday stepped up an offensive against European criticism of the Gulf state's human rights record ahead of the World Cup, on which it has spent billions of dollars.

Editorials and cartoons in recent days have lambasted "smear campaigns" about Qatar's treatment of migrant workers, women and the LGBTQ community.

European newspapers and rights groups have put a spotlight on Qatar's record in the runup to the tournament that starts November 20 and is expected to attract more than one million fans.

Some French cities have said they will not allow public screens to be put up to show matches in a rights protest.

Al Sharq newspaper prominently showed a cartoon with the World Cup surrounded by arrows symbolising the criticism that Qatar has faced.

An editorial in Al Raya newspaper said European newspapers "have been raging in their attack on the World Cup in Qatar from the time it was announced in December 2010".

"Do not repeat the mistakes of the past," it warned, highlighting a 2015 Washington Post blog on the number of migrant workers killed on World Cup projects that was corrected after a Qatar government protest.

"Let's stop smear campaigns and cooperate for a World Cup that unites peoples," it added.

Al Sharq ran an interview with Lakhdar Belloumi, a former Algerian international considered to be one of the best Arab football players of all time, who said "malicious campaigns will not discourage Qatar".

An editorial in the paper on Sunday hit out at the "lies, rumours and slander" written in Europe about Qatar's World Cup preparations.

It said there was a "systematic conspiracy" by media in many European countries over coverage of workers' rights in Qatar, "while this media has forgotten the miserable conditions experienced by workers in Europe."

"We find that this miserable media creates a story every time a country from outside the old continent hosts the tournament," said Al Sharq.

In a commentary for the English-language website Doha News, artist Ghada Al Khater wrote: "Forgive me for doubting such intentions of European countries, who have for the past decade stood and watched as migrants fleeing conflict, devastation and poverty ... drown to the bottom of the Mediterranean."

Qatar's emir Sheikh Tamim bin Hamad Al-Thani complained this year about attacks on Arab nations but told the UN General Assembly last month that all fans would be welcomed to the World Cup "without discrimination". AFP