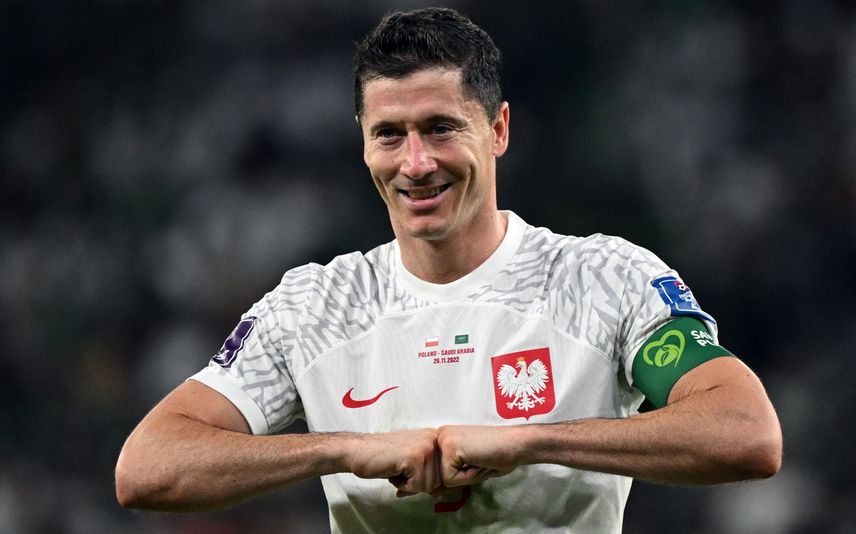 Doha: Robert Lewandowski, one of the most prolific strikers in club football, finally got the first World Cup goal of his career when he netted against Saudi Arabia on Saturday.

The Barcelona and former Bayern Munich forward capitalised on a costly mistake by Saudi defender Abdulelah Al-Malki, stealing the ball from him and coolly rolling it past goalkeeper Mohammed Al-Owais to give Poland a 2-0 lead in the 82nd minute.

A beaming Lewandowski ran to his teammates to celebrate finally opening his World Cup account in his fifth match on football's biggest stage.

Lewandowski, 34, had earlier provided the pullback for Piotr Zielinski to open the scoring for Poland. AFP