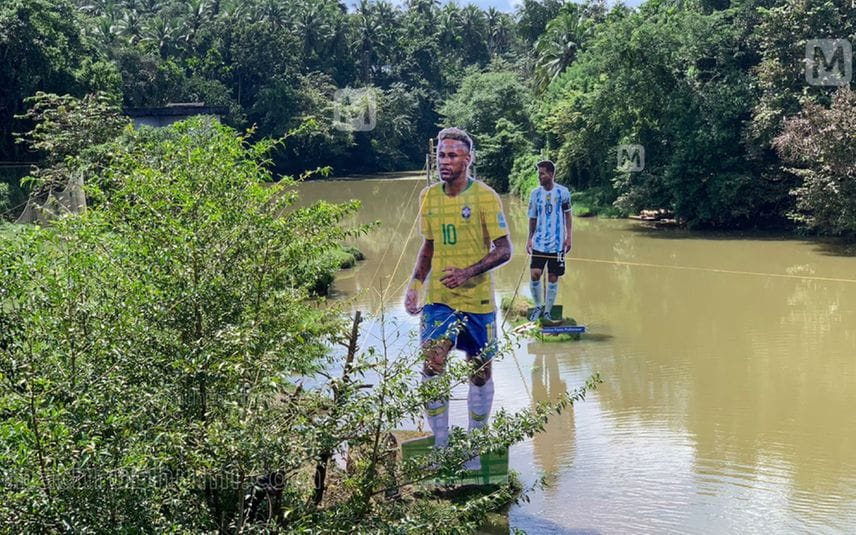 Kozhikode: As football fans across nations prepare for the FIFA World Cup, fan clubs in Kerala have begun 'flex fights'. Recently, a huge cut-out of Lionel Messi installed in the middle of a river at Chathamangalam made it to the news and even gained international attention.

Now a much larger cut-out of Neymar has appeared at the same spot.

As a response to the 30-ft Messi cutout installed by Argentina fans in Pullavoor, Brazil fans put out a 40-ft Neymar cut-out.

The Messi cutout was featured in international media including Fox Sports. A video had gone viral in which the fans could be seen carrying the cut-out. It was posted on Twitter by the handle @Rlzw4n with a caption, “Behind the Scenes Messi #VamosArgentina.”