Germany's Timo Werner out of World Cup with ankle injury 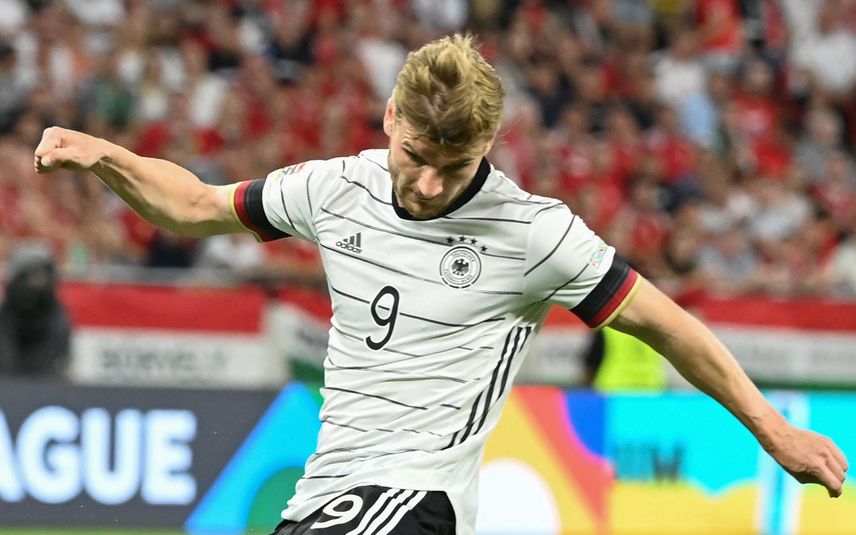 LEIPZIG: Germany forward Timo Werner will miss the World Cup because of a torn ankle ligament.

Werner went off in the first half of Leipzig's 4-0 Champions League win over Shakhtar Donetsk on Wednesday after signaling to the bench and showing visible discomfort. Coach Marco Rose said following the game there were indications the injury was not too serious, but the tear was found after he returned to Leipzig.

“Scans today in Leipzig showed that he has unfortunately torn the syndesmosis ligament in his left ankle. Timo Werner will therefore be out for the rest of 2022,” the club said on Thursday in a statement.

"A decision on his treatment will be made in the coming days."

Germany's opening World Cup game in Qatar is on Nov. 23 against Japan. Coach Hansi Flick is due to name his team next Thursday.

“This news is very bitter," Flick said. "I'm personally very sorry for Timo because he is missing a World Cup which he strongly wanted to play.

“But most of all, Timo's absence is a tough loss. We will have to do without an excellent striker with a high scoring rate in national team uniform and a real team player. We are all wishing that Timo recovers quickly."

Werner has 24 goals in 55 games for Germany and was the team's joint top scorer in qualifying for Qatar. He played all of Germany's last eight games and was finding good form for Leipzig in recent weeks, in particular scoring in a 3-2 win over Real Madrid in the Champions League last month.

Werner's absence could provide an opportunity for less established players like Niclas Füllkrug, the Werder Bremen striker who has not played a senior game for Germany but who is the Bundesliga's joint top scorer with nine goals. AP