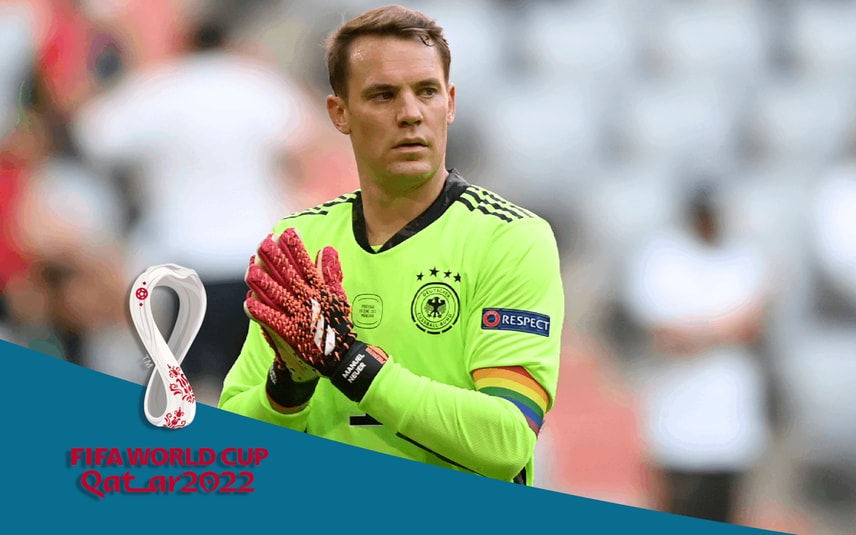 Normally among the favourites for any tournament they enter, an uncertain Germany make the trip to Qatar hoping to re-ignite their "tournament team" status.

Much like nerves in penalty shootouts, pre-tournament problems seem traditionally less of an issue for Germany, renowned for their ability to flick the switch and perform when it truly matters.

This time however, the four-time World Cup champions are plagued by concerns from front to back, including the late withdrawal of striker Timo Werner and injury concerns surrounding captain Manuel Neuer.

Since an abject display at Euro 2004, Germany had made at least the semi-finals of every World Cup and European Championship, until their disappointing group stage exit in 2018 - their earliest World Cup exit in 80 years.

Coach Hansi Flick, who took over after Germany's last-16 loss against England at Euro 2020, has racked up a strong if not stellar record in the top job, with nine wins, five draws and just one loss from his 15 games.

One of Flick's major concerns however will be the condition of goalkeeper Neuer, who missed more than a month in October and early November with a shoulder injury.

Neuer's club coach Julian Nagelsmann raised eyebrows across the country in late October when he said he could not guarantee Neuer would make the trip to Qatar.

"I don't know because I'm not a clairvoyant," Nagelsmann said, lamenting his captain's "stupid shoulder".

Although few teams boast backup 'keepers of the calibre of Barcelona's Marc-Andre ter Stegen and Eintracht Frankfurt's Kevin Trapp, Neuer brings much more to Germany than just a shot-stopping presence.

Another worry for the former Bayern coach will be how his team will convert their quality into goals, particularly in the absence of RB Leipzig's Werner.

Werner returned to the Bundesliga after an unhappy two-year stint at Premier League side Chelsea in August with the World Cup in mind.

Flick, who had publicly encouraged Werner to return, looked to be getting the best version of the 26-year-old striker, who after a slow start had scored five goals in six games before going down against Shakhtar Donetsk.

Flick released a statement saying the "bitter news" would be a "great loss", both for Werner and for Germany.

"We will have to do without an excellent striker with a strong goal rate in the national jersey and we'll also be without a real team player."

Germany have a lack of ready-made replacements up front, with at least one inexperienced player likely to receive a call-up for Qatar.

One candidate is Borussia Dortmund's teenage sensation Youssoufa Moukoko, who is already leading his side's attack in the Bundesliga and Champions League at the tender age of 17.

Dortmund coach Edin Terzic said it was "only a matter of time" before Moukoko became a regular part of the Germany side, given how much the teenager "makes Borussia Dortmund's game better".

At the other end of the age spectrum is sentimental favourite Niclas Fuellkrug, 29, who has frequently sat atop the Bundesliga scoring charts this season with Werder Bremen.

A traditional, broad-shouldered number nine, the talented Fuellkrug has endured an injury-plagued career and has never been selected for Germany.

Fuellkrug's form has not gone unnoticed, with Flick saying "we can see that Niclas has skills that can enrich our game" in the days before making his final selection.

Other potential selections up front include Dortmund's Karim Adeyemi and Wolfsburg's Lukas Nmecha, both of whom have played for Germany before.

Key player: Despite a wealth of options between the sticks, Germany's captain and goalkeeper Manuel Neuer, 36, remains his side's most important player. Alongside Thomas Mueller and possibly Mats Hummels, Neuer will be one of only a few members of Germany's victorious 2014 World Cup squad to make the trip to Qatar. Besides his leadership, experience and familiarity with the sizeable Bayern contingent, sweeper-keeper Neuer is essential to the way Flick's Germany want to play. Neuer, who has won two Champions League titles and is on a record streak of 10 consecutive Bundesliga titles with Bayern Munich, enters the tournament under a significant injury cloud, having missed most of October due to a shoulder problem.

All eyes on Alphonso Davies as World Cup fever returns to Canada after ...

Cut-outs to remain on Kozhikode river as MLA, minister come for rescue ...