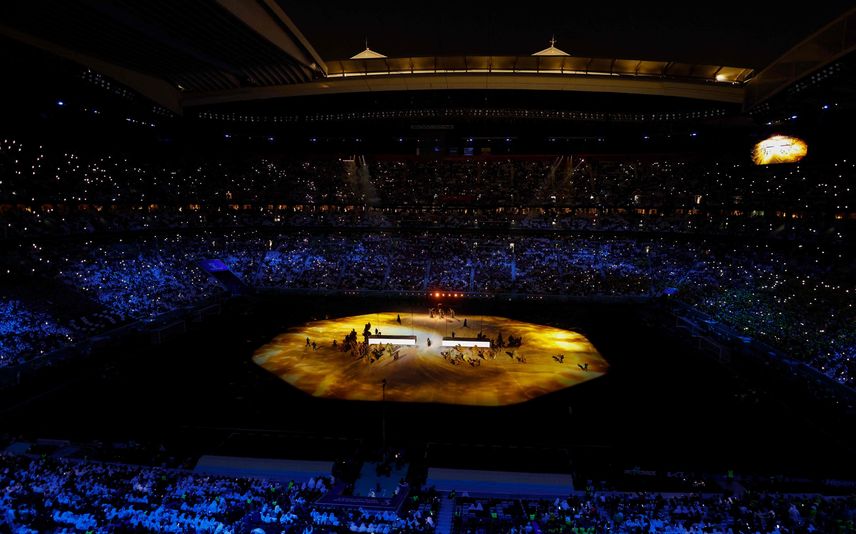 Doha: The World Cup kicked off in Qatar on Sunday as the month-long football showpiece finally got under way after a tortuous 12-year build-up dogged by off-field controversies.

In a breathless start to the match in the stadium shaped like a Bedouin tent, Ecuador's Enner Valenica headed the ball into the net after three minutes but the goal was disallowed for offside.

Thirteen minutes later, Ecuador did take the lead after Valencia dribbled round Qatari goalkeeper Saad Alsheeb who grabbed his shin and the referee pointed to the spot and Valencia coolly rolled home the penalty.

Valencia added a second goal to give Ecuador a 2-0 lead in the 31st minute.

The Al Bayt venue is one of an array of new stadiums built for the tournament, which has cost Qatar an estimated $200 billion, the most expensive World Cup in history.

World Cup organisers hope the start of the football will quell the controversies that have overshadowed preparations for the tournament ever since Qatar was named as host nation in a shock FIFA vote in 2010.

On Saturday, Infantino went on the offensive in an aggressive rebuttal of the opprobrium aimed at the event, arguing that much of the criticism was unfair.

"I don't want to give you any lessons of life, but what is going on here is profoundly, profoundly unjust."

Controversies look certain to rumble on into the tournament even after the action starts.

Several European nations taking part -- including England, Germany and Denmark -- have said their players will wear rainbow-coloured "OneLove" armbands in a gesture of solidarity with the LGBTQ community. Homosexuality is illegal in Qatar.

The move raises the prospect of disciplinary action from FIFA, which has revealed plans to make its own alternative armbands available to teams.

Infantino insisted that all World Cup visitors would be welcome regardless of sexual orientation.

Five-time champions Brazil the last to touch down in Doha late on Saturday.

Defending champions France suffered another injury hammer blow early Sunday after confirmation that star striker and Ballon D'Or winner Karim Benzema had been forced out of the tournament with injury.

The Real Madrid star limped out of a training session at the French camp on Saturday evening with a left thigh injury.

The French federation later confirmed in a statement that the 34-year-old would require "a recovery period of three weeks" and would play no part in the competition.

"I am extremely sad for Karim, for whom this World Cup was a major objective," said France coach Didier Deschamps, who has decided not to replace the forward.

"Despite this new blow for the France team I have full faith in my squad. We will do all we can to rise to the huge challenge that awaits us."

Belgium are also reeling from an injury blow after striker Romelu Lukaku was ruled out of the Red Devils' opening two games as he continues to recover from a hamstring problem.