Zelenskyy wants Asian countries to 'change their attitude' towards Ukraine 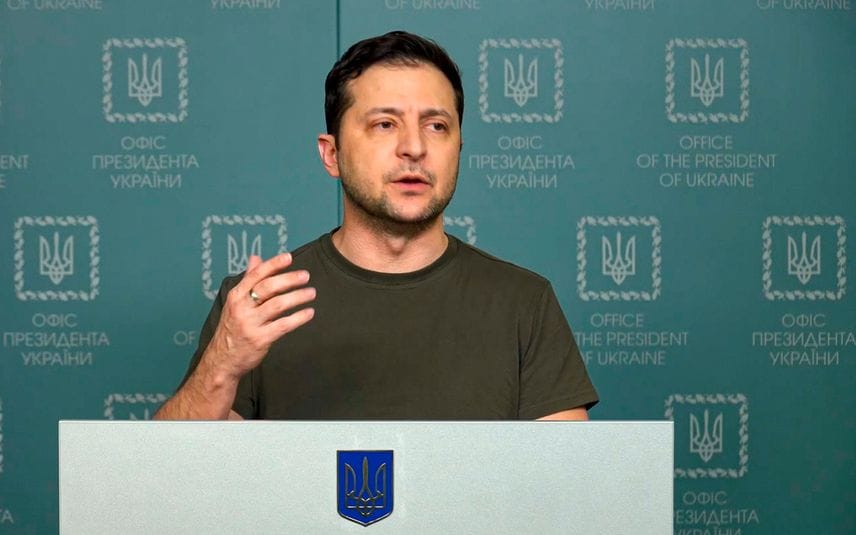 Kiev: As the Russia-Ukraine war rages on, President Volodymyr Zelenskyy is hoping Asian countries will "change their attitude" towards Ukraine as Europe has done.

Speaking at a press conference on Saturday, Zelensky said that NATO's decision not to accept Ukraine as a member was a "gross mistake" and that some of the alliance's European member states had underestimated the country.

Ukraine's "strength" against Russia's military operation "managed to change the attitude of the alliance and the European member states" toward the country, he added.

"I want very much want the Asian countries to change their attitude to Ukraine as well," Zelensky was quoted as saying by The Hill.

Without naming any country, Zelenskyy singled out nations that are closer to Russia due to their past ties to the Soviet Union.

These remarks come as the US and other Western allies are attempting to pressure India to join them in condemning its close defence partner Russia.

India has called for a cessation of violence but refrained from joining any US-led sanctions against Russia.

Meanwhile, China has refused to condemn Russia over its invasion of Ukraine and has accused the US of exacerbating the whole situation by supplying arms to Ukraine. ANI