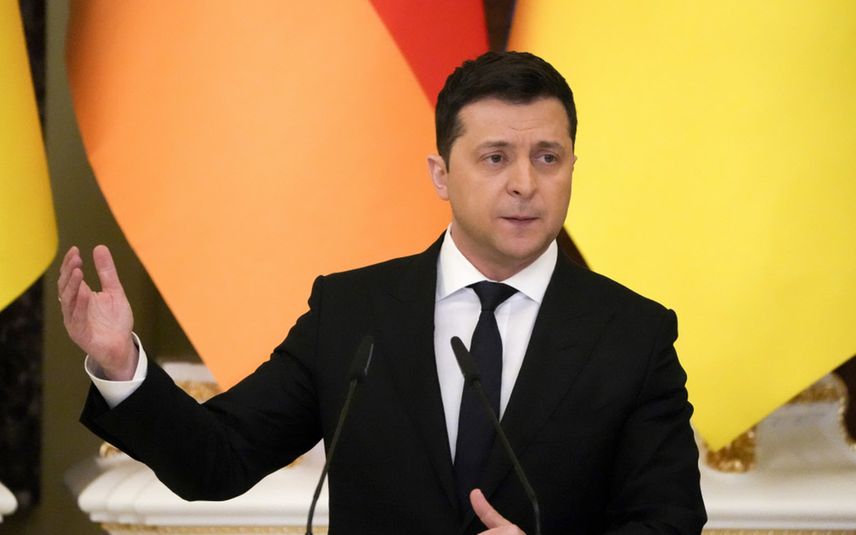 Kyiv: Ukrainian President Volodymyr Zelenskyy said on Monday that he has informed Prime Minister Narendra Modi about the need to counter the "Russian aggression” against his country and India has appreciated Ukraine's commitment to direct peaceful dialogue at the highest level with Moscow.

"India appreciates the assistance to its citizens during the war and Ukraine's commitment to direct peaceful dialogue at the highest level. Grateful for the support to the Ukrainian people. #StopRussia,” Zelenskyy added.

It was the second telephonic conversation between Modi and Zelenskyy after the conflict began in Ukraine.

India has brought back nearly 16,000 of its nationals in 76 flights under mission "Operation Ganga" which was launched on February 26 following Russia's military aggression against Ukraine, according to officials in New Delhi.

Around 700 Indian students are stranded in Sumy amid intense fighting between Russian and Ukrainian troops.

India has been urging both Russian and Ukrainian authorities to create a safe passage for the students to either move to the Russian border or to western Ukraine for their exit to Romania, Hungary or Poland.

Prime Minister Modi has expressed deep concern about the ongoing conflict and resultant humanitarian crisis and reiterated his call for immediate cessation of violence.

The prime minister has also spoken to Russian President Vladimir Putin after he launched an attack on Ukraine. PTI