21 tourists trapped in cars freeze to death in Pakistan

The deaths took place because roads were blocked and people were stuck in their cars for hours. 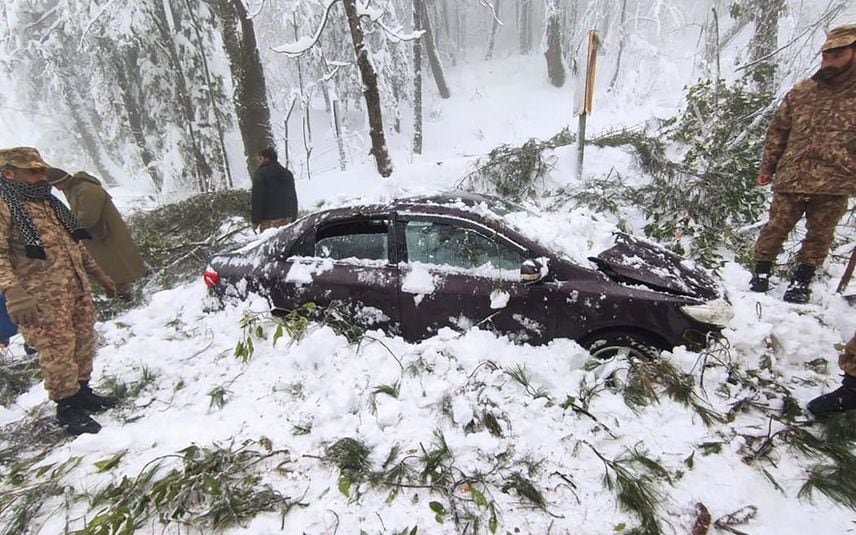 New Delhi: At least 21 people died of cold after they were stranded in their cars during the snowstorm in Murree in Pakistan on Friday night, according to Pakistan Interior Minister Sheikh Rasheed, Samaa TV reported.

The hill station was crowded after tourists headed there to witness snowfall. On Friday night, the government imposed a ban on the entry of tourists to Murree and Galiyat region. They won't be allowed to go beyond Satra Meel Toll Plaza, Rasheed said, except in the case of extreme emergency.

On Saturday, the minister revealed that so far, 23,000 cars have been brought back, while an operation is underway to rescue 1,000 more cars trapped in the snow. Heavy machinery has been called in to clear the roads as well. According to reports, this week, nearly 140,000 vehicles entered Murree.

Meanwhile, hundreds of people spent Friday night on the roads. Local residents have been out on the streets distributing warms clothes, blankets, and food to stranded tourists, the report said.

The deaths took place because roads were blocked and people were stuck in their cars for hours. They couldn't reach their hotels.

Meanwhile, Pakistan opposition leaders have questioned the role of the government during the crisis.

"Where was the government? What was the PM doing now? Why weren't they prepared," asked PML-N's Hamza Shahbaz.

PPP Vice-President Sherry Rehman said the government "surely needs to be more vigilant about the flood of tourists on the Galiat [sic] routes in extreme weather".