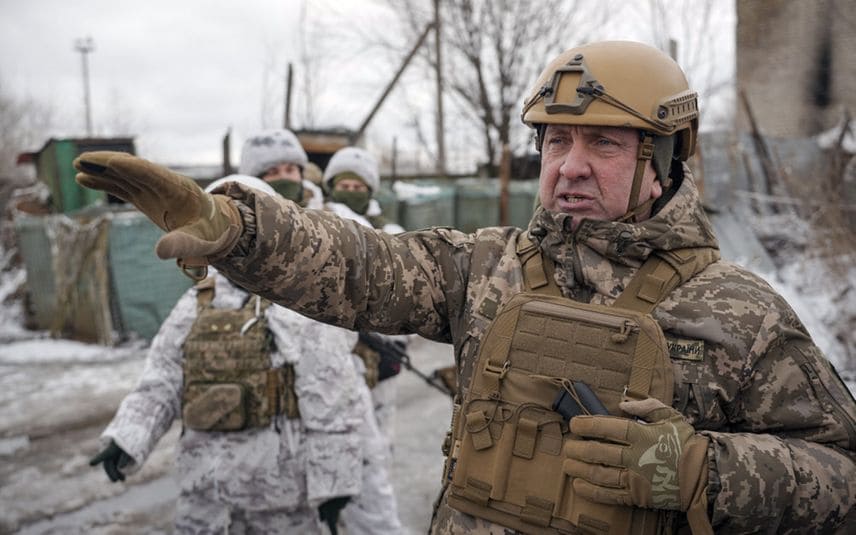 New Delhi: With Western powers and the Ukrainian Government voicing concern over the likelihood of a Russian invasion, which Moscow has repeatedly denied it is planning, much of the international media has kept its eye on the Ukraine border situation.

Moscow has amassed over 100,000 troops stationed around Ukraine with US officials warning that Russia was ready for a full-scale invasion of the country. The United States and other western countries have sent arms and troops to Europe to support Kyiv.

Kremlin says allegations about Russia's invasion of Ukraine are nothing but a campaign to trigger tensions and escalate the situation.

"Indeed, the whole world is in disarray because of this, and, indeed, this is nothing but an absolutely unprecedented information campaign to provoke and escalate tension in Europe," Kremlin spokesperson Dmitry Peskov told reporters on Tuesday.

At the heart of the military tensions are the draft agreements that encapsulate Moscow's security guarantees. Russia President Vladimir Putin has demanded legal guarantees that Ukraine will never join North Atlantic Treaty Organization (NATO) or host its missile strike systems.

In response to Russian demands, US Secretary of State Anthony Blinken stressed that Washington and its allies would not agree to curb the NATO admissions process for new members, saying the military alliance's door "remains open".

In its own written response to Russia, NATO Secretary-General Jens Stoltenberg called on Russia once again to immediately de-escalate the situation. He called for re-establishing formal ties between Russia and NATO, and opening channels of communication to avoid escalation.

According to the Moscow analyst, the situation can be successfully de-escalated through the US respecting all or most of Russia's security guarantee proposals - ideally in writing but possibly informally as a temporary measure to defuse the crisis.

Against this backdrop, the US, Australia and several other countries have asked their citizens to leave Ukraine.

Indian Embassy in Ukraine also asked its citizens, particularly students whose stay is not essential, to leave Kiev temporarily. India has also requested its nationals to keep the Embassy informed about the status of their presence to enable the Embassy to reach them where required.

"In view of the uncertainties of the current situation in Ukraine, Indian nationals in Ukraine, particularly students whose stay is not essential, may consider leaving temporarily. Indian nationals are also advised to avoid all non-essential travel to and within Ukraine," the Indian Embassy in Ukraine said in an advisory.

An expert in international relations has said that escalation in tensions between Russia and the Western countries will put pressure on Indian foreign policy priorities and New Delhi will find it hard to balance all sides.

Harsh V Pant, Head of the Strategic Studies Programme at Observer Research Foundation, said that India "had not really responded in the Crimea situation in 2014". "Many in the West had argued that India had taken the side of Russia. I think it's a similar policy that India might approach this year," he said.

Amid increasing tension over Ukraine between Russia and Western countries of the NATO, the UN Secretary-General declared on Monday that "there is no alternative to diplomacy."

"I am deeply worried by the heightened tensions and increased speculation about a potential military conflict in Europe", Antonio Guterres told journalists, in a statement at UN Headquarters in New York.

The UN chief said that "the price in human suffering, destruction and damage to European and global security is too high to contemplate." (ANI)

3 youth drown in two separate incidents in Kerala, one in critical condition ...