The U.S. passed China with more than 85,000 cases, and Italy also exceeded 80,000, the three countries together accounting for almost half of the world's infections from the new virus. 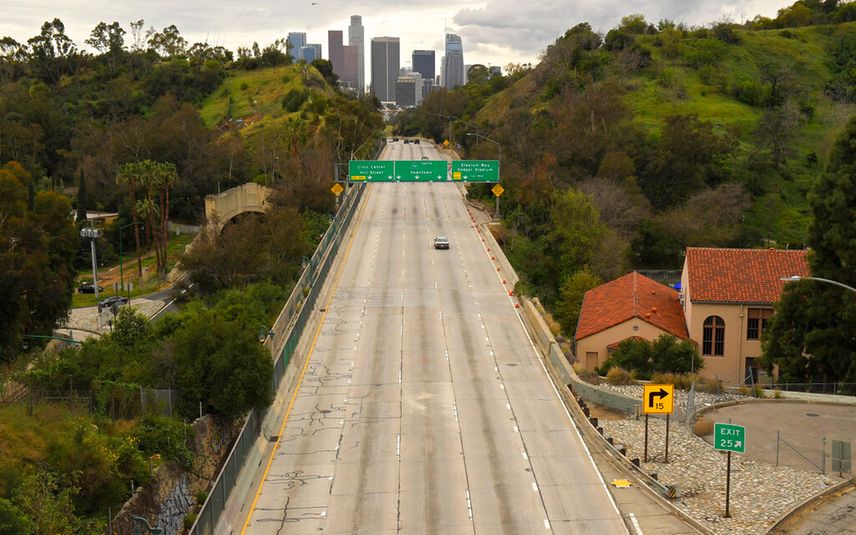 Toronto: The United States' caseload of coronavirus infections surged to the most in the world and its capital reported more infections, as Italy shut most of its industry and masses of Indian day laborers received food rations after a lockdown put them out of work.

Increases in the number of cases have been expected as testing becomes more available. The U.S. passed China with more than 85,000 cases, and Italy also exceeded 80,000, the three countries together accounting for almost half of the world's infections from the new virus.

Most of China's patients have recovered, while places where the virus arrived later are now dealing with overwhelmed hospitals and supply shortages and are rushing to convert public spaces for treating the sick.

Washington, D.C., confirmed 36 new cases Thursday, raising its total to 267. The district is under a state of emergency, its major attractions like the Smithsonian museums and National Zoo closed and White House and Capitol tours cancelled. Police have blocked off streets, bridges and traffic circles to prevent crowds coming to see Washington's blooming cherry blossom trees.

The stay-home order for India's 1.3 billion people threw out of work the backbone of the nation's economy — rickshaw drivers, fruit peddlers, cleaners and others who buy food from whatever they can earn in a day. The government announced a $22 billion stimulus to deliver monthly rations to 800 million people.

In some parts of India, people got rice rations or bank deposits from local authorities, and aid groups were working to expand their reach. The nation's vital and massive train system was also halted, and jobless workers are now attempting to walk hundreds of miles to their home villages from India's major cities.

Deaths from COVID-19 have surpassed 24,000, more than a third of them in Italy, according to a Johns Hopkins University tally. The U.S. had about 1,300 deaths, almost a quarter of them in New York City, where hospitals are overwhelmed.

In China, where the virus was first believed to have jumped from wild animals to humans, the National Health Commission on Friday reported 55 new cases, including 54 it said were imported infections in recent arrivals from overseas. Once again, there were no new cases reported in Wuhan, the provincial capital where the coronavirus emerged in December. China is barring most foreigners from entering as it tries to curb imported cases.

The economic damage of the pandemic was growing. Italy shut down most of its industry, and a record-shattering 3.3 million Americans applied for unemployment benefits in a single week.

Companies in Europe are laying off workers at the fastest pace since 2009, according to surveys of business managers. And the U.S. is bleeding jobs as well: The number of Americans applying for unemployment benefits last week was nearly five times the old record, set in 1982.

Dann Dykas, 37, of Portland, Oregon, was laid off from his job helping design and set up displays for trade shows.

"Everything is so surreal," he said. "I can't even get an interview for another job, and we now have to worry more about being careful and taking care of ourselves."

Wall Street rallied for the third straight day after an unprecedented $2.2 trillion economic rescue package to help businesses, hospitals and ordinary Americans pull through the crisis won passage in the Senate. The rescue plan, which is expected to be voted on in the House on Friday, would dispense checks of $1,200 per adult and $500 per child.

Elsewhere around the world, South Africa, with the most industrialized economy in Africa, began a three-week lockdown Friday. The country is already in recession, with an unemployment rate of 29%.

And Britain unveiled another relief effort, this time aimed at the gig economy, many of whose workers are facing financial ruin. The government will give the self-employed grants equal to 80% of their average profits, up to 2,500 pounds ($2,975) per month.

The outbreak has put huge pressure on foreign students, especially those at universities in North America and Europe.

Zoey Wang recently returned home to the southwestern Chinese city of Chengdu after her in-person classes and exams at the University of Toronto in Canada were cancelled. Her parents' desire to have her home and the possibility of high medical costs if she became sick persuaded her to make the arduous return trip, she said.

Some on Chinese social media have attacked returning students for bringing "poison" into the country after its months-long fight to contain the virus, but Wang said that was unfair.

"It's not like everyone is deliberately returning because they were infected," Wang said. "People should remember that when the outbreak happened in China, international students were sending masks and other items."

Wang flew from Toronto to Taipei, Taiwan, then from Taipei to Chengdu. The Chengdu leg was packed; everyone wore masks, most people donned goggles and gloves, and a few were garbed in full-body protective suits.

When she arrived in Chengdu, she was required to take a COVID-19 test and stay in a hotel for two nights until her results came back negative. Only then was she allowed to return to her own home for quarantine. Every day, a government neighborhood committee worker comes to take her temperature.

— New York state's death toll jumped by 100 in one day, pushing the number to 385. Gov. Andrew Cuomo added that the number will increase as critically ill patients who have been on ventilators for several days succumb. "That is a situation where people just deteriorate over time," Cuomo said.

— Saudi Arabia is locking down the capital, Riyadh, and Islam's two holiest cities, Mecca and Medina, in addition to a nationwide curfew. In the United Arab Emirates, authorities announced an overnight weekend lockdown and used drones to tell people to stay home.

— The leaders of the Group of 20 major industrialized nations met in a video summit and vowed to work together to confront the crisis but made no specific commitments.

— In Brazil, the country's governors are defying President Jair Bolsonaro over his call to reopen schools and businesses, dismissing his argument that the "cure" of widespread shutdowns is worse than the disease. As of Thursday, the country had more than 2,500 cases and 59 deaths.

— A U.S. soldier stationed at a camp near Seoul is the second case among U.S. service members in South Korea.

— Singapore has begun penalizing people who refuse to adhere to social distancing in the latest bid to curb the virus. Anyone not maintaining a distance of 1 meter (3.3 feet) from another person in a public place such as a shopping center or shopping mall can be jailed up to six months or fined up to Singapore dollars 10,000 ($7,000) or both.

For most people, the coronavirus causes mild or moderate symptoms, such as fever and cough that clear up in two to three weeks. For some, especially older adults and people with existing health problems, it can cause more severe illness, including pneumonia and death.

Of the world's 532,000 confirmed cases, more than 122,000 people have recovered, according to the Johns Hopkins tally.