We must unify around our shared values, rise above partisan rancour: Trump in farewell message 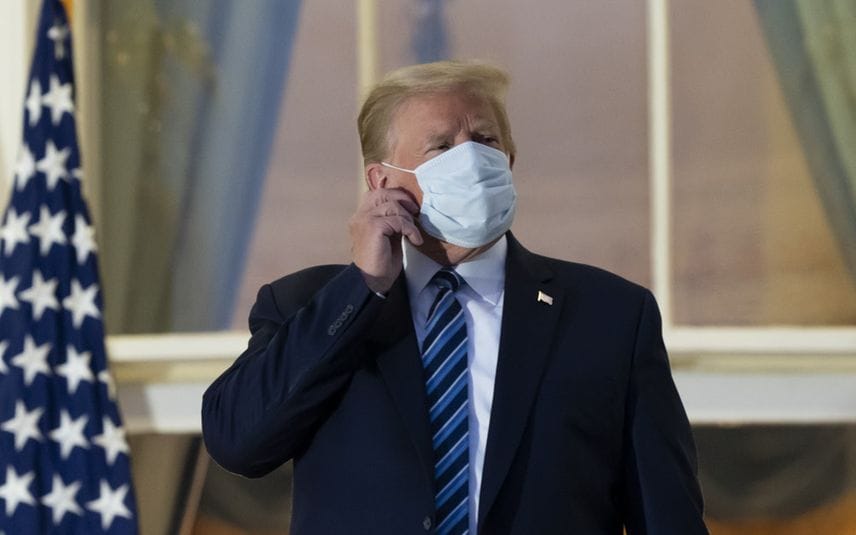 Washington: Praying for the success of Joe Biden in keeping America safe and prosperous and extending his best wishes, outgoing US President Donald Trump in his farewell video message said that now more than ever, Americans must unify around their shared values and rise above partisan rancour to forge their common destiny.

Trump, in a pre-recorded video message released by the White House on Tuesday, said to serve as the President has been an honour beyond description. “Thank you for this extraordinary privilege. And that's what it is -- a great privilege and a great honour,” he said.

“This week, we inaugurate a new administration and pray for its success in keeping America safe and prosperous. We extend our best wishes, and we also want them to have luck -- a very important word,” Trump said on the eve of his departure from the White House for his Mar-a-Lago resort in Florida.

Wednesday afternoon, he would be succeeded by Joe Bide as the 46th President of the United States. Trump has announced that he will not attend the inauguration of his successor.

Indian-origin Kamala Harris would be sworn in as the Vice President of the US. Outgoing Vice President Mike Pence would be present during the inaugural ceremony at the Capitol Hill, facing the majestic National Mall.

In his video that lasted a little less than 20 minutes, Trump addressed the storming of the US Capitol by his supporters on January 6, which is considered as one of the darkest days in the history of American democracy and sought unity from his fellow Americans.

“All Americans were horrified by the assault on our Capitol. Political violence is an attack on everything we cherish as Americans. It can never be tolerated. Now, more than ever, we must unify around our shared values and rise above the partisan rancour, and forge our common destiny,” Trump said.

Listing out some of the key accomplishments of the US government from January 20, 2017 to January 20, 2021, Trump said his administration achieved more than anyone thought possible.

“Nobody thought we could even come close,” he said as he referred to the largest package of tax cuts, slapping tariffs on China, achieving energy independence and development of a COVID-19 vaccine in a record short span of time.

“We restored American strength at home and American leadership abroad. The world respects us again. Please don't lose that respect,” Trump said, adding that his administration revitalized US alliances and rallied the nations of the world to stand up to China like never before.

He further said as a result of "our bold diplomacy and principled realism", the US achieved a series of historic peace deals in the Middle East. "Nobody believed it could happen. The Abraham Accords opened the doors to a future of peace and harmony, not violence and bloodshed. It is the dawn of a new Middle East, and we are bringing our soldiers home,” he said.

He also asserted that he was "especially proud to be the first President in decades who has started no new wars”.

Trump, 74, said as he leaves the White House after four years, he has been reflecting on the dangers that threaten the priceless inheritance all Americans share.

“As the world's most powerful nation, America faces constant threats and challenges from abroad. But the greatest danger we face is a loss of confidence in ourselves, a loss of confidence in our national greatness. A nation is only as strong as its spirit. We are only as dynamic as our pride. We are only as vibrant as the faith that beats in the hearts of our people,” he said.

Trump said the key to national greatness lies in sustaining and instilling the shared national identity. That means focusing on what Americans have in common -- the heritage they all share.

“At the centre of this heritage is also a robust belief in free expression, free speech, and open debate. Only if we forget who we are, and how we got here, could we ever allow political censorship and blacklisting to take place in America. It's not even thinkable. Shutting down free and open debate violates our core values and most enduring traditions,” he said.

Trump, in the aftermath of the January 6 riot at the US Capitol, has been banned by the majority of the social media platforms including Twitter, Facebook, Instagram and YouTube. He has described this as an assault on free speech.

“In America, we don't insist on absolute conformity or enforce rigid orthodoxies and punitive speech codes. We just don't do that. America is not a timid nation of tame souls who need to be sheltered and protected from those with whom we disagree. That's not who we are. It will never be who we are,” he said on Tuesday on the eve of his departure.

Trump in his farewell speech indicated that he might be out of the White House, but he will continue to have an active public life.

“Now, as I prepare to hand power over to a new administration at noon on Wednesday, I want you to know that the movement we started is only just beginning. There's never been anything like it. The belief that a nation must serve its citizens will not dwindle but instead only grow stronger by the day,” Trump said.

“I go from this majestic place with a loyal and joyful heart, an optimistic spirit, and a supreme confidence that for our country and for our children, the best is yet to come,” he said. PTI