US to continue engaging with India over Ukraine: White House 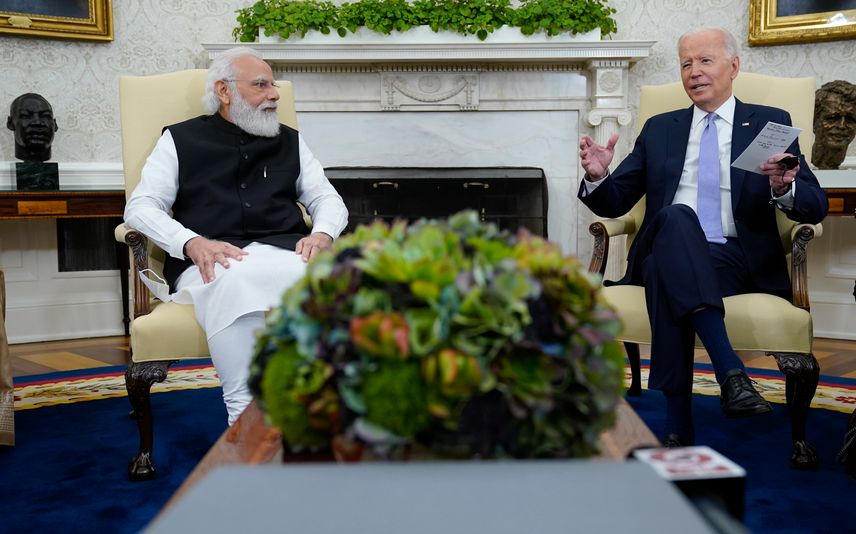 Washington: The United States is engaging with India over the issue of Ukraine and this will continue in the upcoming Quad summit in Japan next month, White House Press Secretary Jen Psaki told reporters here.

"We have had a number of engagements, as you know, with leaders in India about our approach to supporting the Ukrainians in this war, whether that is sanctions and the enormous sanctions package we've put in place or, of course, the assistance we've provided. We will convey the same sentiments in this meeting," Psaki said.

She was responding to a question on the Quad summit in Japan in May and how the issue of Ukraine would be raised or discussed.

The Quad comprises Japan, India, Australia and the United States and the US Administration has said President Joe Biden will be meeting Indian Prime Minister Narendra Modi there.

"This meeting is several weeks away, so a lot can certainly happen. And as you know, other members of Quad have also been vital partners and supporters of the Ukrainians' effort to fight the war," Psaki said.

"Japan--just as an example--has not only provided a range of assistance but they've also agreed to divert some of the LNG resources to help Europe. So, there are a number of steps they have also taken that will be a part of the discussion," she said. PTI