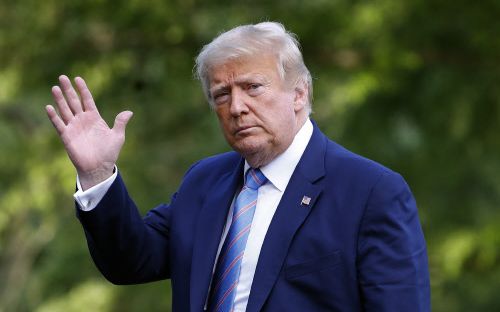 X
Washington: Social networking site Facebook has deleted a post in which US President Donald Trump had claimed Covid-19 was "less lethal" than the flu.
He wrote the US had "learned to live with" flu season, "just like we are learning to live with Covid, in most populations far less lethal!!!"
Twitter hid the same message behind a warning about "spreading misleading and potentially harmful information", the BBC reported on Tuesday.
Users have to click past the alert to read the tweet.
Trump is at the White House after three days of hospital treatment having tested positive for the virus.
"We remove incorrect information about the severity of Covid-19, and have now removed this post," said Andy Stone, policy communications manager at Facebook.
An exact mortality rate for Covid-19 is not known, but it is thought to be substantially higher - possible 10 times or more - than most flu strains, according to Johns Hopkins University.
The President has reacted by posting: "REPEAL SECTION 230!!!"
This is a reference to a law that says social networks are not responsible for the content posted by their users.
But it allows the firms to engage in "good-Samaritan blocking", including the removal of content they judge to be offensive, harassment or violent.
If the law were to be repealed, social media companies would face being sued over the edits and changes of user content they made.
This is the second time that Facebook has deleted a post from the president. Twitter has intervened more often with deletions and warnings.
Both social networks have vowed to combat potentially dangerous misinformation around the virus.
IANS