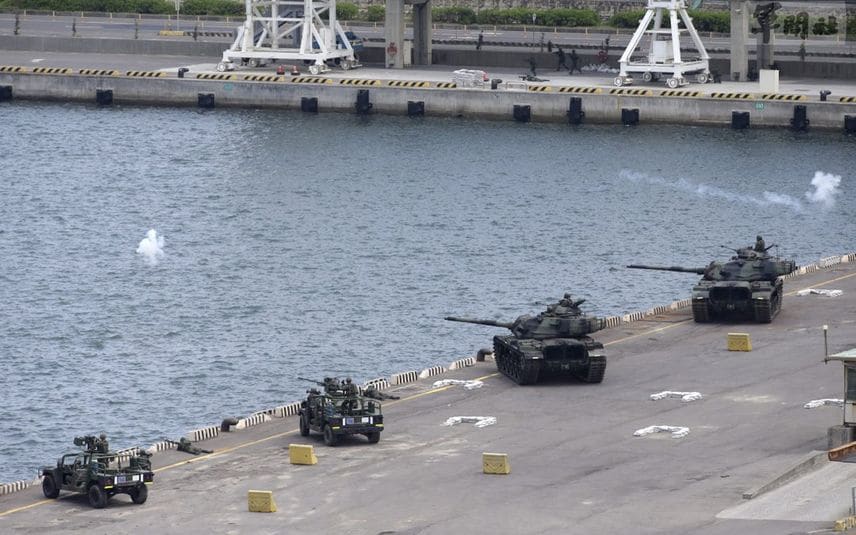 Taipe: As the tensions escalated in the Taiwan strait in the wake of US House Speaker Nancy Pelosi's visit to Taiwan, the Taiwanese Defence Ministry said that 22 Chinese military aircraft entered the island's air defence zone on Thursday.

This is the third such incident since Pelosi's trip to Taipei.

"The Ministry of Foreign Affairs (MOFA) of the Republic of China (Taiwan) strongly condemns the Chinese government for following the example of North Korea in willfully test-firing missiles into waters near other countries and demands that China exercise self-restraint," it added.

This comes as China commenced military drills around Taiwan's main island, a day after Pelosi departed from Taipei following a visit that has left Beijing rankled.

Live-fire drills began today in at least six identified zones around the island, that regard its own and threaten to take over. The Chinese PLA organized joint combat training exercises near Taiwan waters and airspace, Xinhua news agency reported.

The Taiwan government has urged the international community to condemn China's military coercion toward Taiwan.

"The ministry also calls on countries around the globe to continue to speak up in support of democratic Taiwan in order to jointly safeguard the values of freedom and democracy, to maintain the rules-based international order, and to ensure a free and open Indo-Pacific," the Taiwan foreign ministry said.

Pelosi's high-stakes visit marks the first visit by a US House Speaker in 25 years since Newt Gingrich came to Taiwan in April 1997. It was also Pelosi's first trip to Taiwan in 22 years.