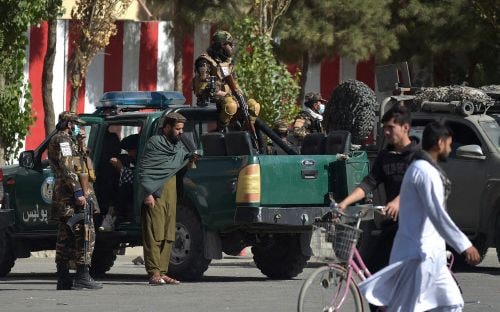 New Delhi: Mahjubin Hakimi, a member of the Afghan women's national volleyball team who played in the youth age group, was beheaded by the Taliban in Kabul.

In an interview with the Persian Independent, Suraya Afzali (a pseudonym), one of the coaches of the Afghan women's national volleyball team, confirmed that the athlete had been killed, but said that no one other than Mahjabin's family knew the exact time and manner of the incident.

Mahjabin played for the Kabul Municipality Volleyball Club before the collapse of the previous Afghan government and was one of the club's most successful players.

The report mentioned that Suraya Afzali said the murder of Mahjabin Hakimi probably took place in early October, and that the issue remained hidden because her family had been threatened not to talk to anyone about it.

According to Afzali, after the collapse of the previous government, female athletes across Afghanistan faced a serious security threat, and the Taliban pursued them and searched the homes of a number of them in various cities.

Many female athletes, especially members of the Afghan women's volleyball team who have competed in foreign and domestic competitions and appeared in media programmes, are under serious threat.

The coach of the Afghan women's national volleyball team said that only two of the team's players were able to leave Afghanistan through personal action, and the rest of the team members inside Afghanistan are under threat and terror.

"All the players of the volleyball team and the rest of the women athletes are in a bad situation and in despair and fear," Afzali said.

"Everyone has been forced to flee and live in unknown places. Efforts to gain the support of foreign organisations and countries to leave Afghanistan have so far been unsuccessful," the report said.

Mahjabin's death has fuelled fears of being targeted by the Taliban and individuals who have long sought to disrupt women's sports.

With the Taliban taking control of Afghanistan, all women's activities in the sports, political and social spheres have ceased, and there are still concerns about continuing restrictions on the lives and work and safety of women active in the social arena.