Taliban battle for Panjshir as US warns of Afghanistan civil war 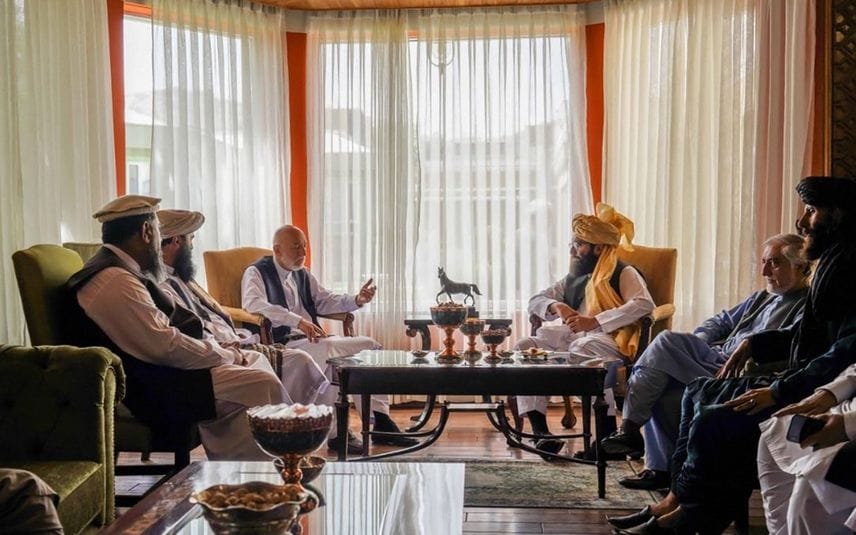 Kabul: Taliban fighters advanced deep into the last holdout province of Panjshir Sunday, as the top US general warned Afghanistan faces a wider civil war that would offer fertile ground for a resurgence of terrorism.

Following their lightning-fast rout of Afghanistan's army last month -- and celebrations Monday when the last US troops flew out after 20 years of war -- the Taliban are seeking to crush resistance forces defending the mountainous Panjshir Valley.

The Taliban, who rolled into Kabul three weeks ago at a speed that analysts say likely surprised even the hardline Islamists themselves, are yet to finalise their new regime.

But top US General Mark Milley questioned whether they can consolidate power as they seek to shift from a guerrilla force to government.

"I think there's at least a very good probability of a broader civil war," said Milley, chairman of the Joint Chiefs of Staff, in a bleak assessment.

"That will then in turn lead to conditions that could, in fact, lead to a reconstitution of Al-Qaeda or a growth of ISIS (Islamic State group)," he told Fox News Saturday.

Afghanistan's new rulers have pledged to be more accommodating than during their first stint in power, which also came after years of conflict -- first the Soviet invasion of 1979, and then a bloody civil war.

They have promised a more "inclusive" government that represents Afghanistan's complex ethnic makeup -- though women are unlikely to be included at the top levels.

However, this time women will be allowed to attend university as long as classes are segregated by sex or at least divided by a curtain, the Taliban's education authority said in a lengthy document issued on Sunday.

Female students must also wear an abaya (robe) and niqab (face-veil), as opposed to the even more conservative burqa mandatory under the previous Taliban regime.

Dozens of women had protested for a second day in Kabul on Saturday to demand the right to work and inclusion in the government, with social media clips showing Taliban fighters attempting to disperse the demonstrators.

Few in Panjshir, a rugged valley north of Kabul that held out for nearly a decade against the Soviet Union's occupation and also the Taliban's first rule from 1996-2001, seem to trust their promises.

Taliban official Bilal Karimi on Sunday reported heavy clashes in Panjshir, and while resistance fighters insist they have the Islamists at bay, analysts warned they are struggling.

The Italian aid agency Emergency said Taliban forces had reached the Panjshir village of Anabah, where they run a surgical centre.

"Many people have fled from local villages in recent days," Emergency said in a statement Saturday, adding it was continuing to provide medical services and treating a "small number of wounded".

Anabah lies some 25 kilometres (15 miles) north inside the 115-kilometre-long valley, but unconfirmed reports suggested the Taliban had seized other areas too.

Bill Roggio, managing editor of the US-based Long War Journal, said Sunday that while there was still a "fog of war" -- with unconfirmed reports the Taliban had captured multiple districts -- "it looks bad".

Both sides claim to have inflicted heavy losses on the other.

"The Taliban army has been hardened with 20 years of war," Roggio tweeted Sunday, adding that "the odds were long" for the Panjshir resistance.

Roggio noted that the Taliban seized "a massive amount of weapons" after the US withdrawal and the collapse of the army.

Former vice-president Amrullah Saleh, who is holed out in Panjshir alongside Ahmad Massoud -- the son of legendary anti-Taliban commander Ahmad Shah Massoud -- warned of a grim situation.

Saleh in a statement spoke of a "large-scale humanitarian crisis", with thousands "displaced by the Taliban onslaught".

The Panjshir Valley, surrounded by jagged snow-capped peaks, offers a natural defensive advantage, with fighters melting away in the face of advancing forces, then launching ambushes firing from the high tops down into the valley.

The United States invaded Afghanistan and toppled the first Taliban regime in 2001 in the wake of the 9/11 attacks by Al-Qaeda, which had taken sanctuary in the country.

Washington has said it will maintain an "over-the-horizon" capability to strike against any threats to its security in Afghanistan.

The international community is coming to terms with having to deal with the new Taliban regime with a flurry of diplomacy.

US Secretary of State Antony Blinken is due Monday in Qatar, a key player in the Afghan saga and the location of the Taliban's political office, though he is not expected to meet with the militants.

He will then travel to Germany to lead a virtual 20-nation ministerial meeting on Afghanistan alongside German Foreign Minister Heiko Maas.

UN Secretary-General Antonio Guterres, meanwhile, has called for an end to violence in Afghanistan over fears of a new civil war now that the Taliban has seized power.

"I urge the Taliban and all other parties to exercise utmost restraint to protect lives and to ensure that humanitarian needs can be met," Guterres said in a report to the Security Council obtained by AFP but not yet released publicly.