Evacuation from Afghanistan: India brings back close to 400 people in three flights 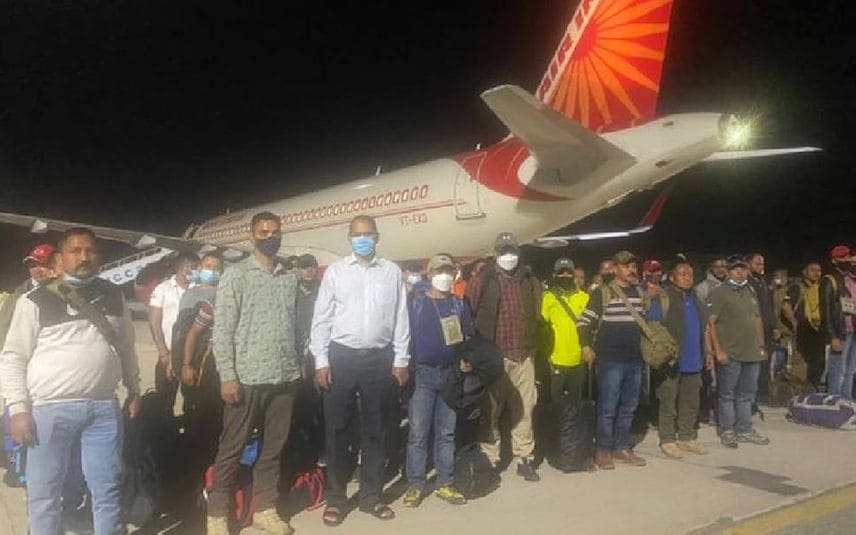 New Delhi: India on Sunday brought back nearly 400 people, including 329 of its nationals and two Afghan lawmakers, in three different flights as part of its efforts to evacuate its citizens from Kabul in the backdrop of the deteriorating situation in the city after its takeover by the Taliban.

A total of 168 people including 107 Indians and 23 Afghan Sikhs and Hindus, were flown from Kabul to the Hindon airbase near Delhi in a C-17 heavy-lift military transport aircraft of the Indian Air Force (IAF).

Another group of 87 Indians and two Nepalese nationals were brought back in a special Air India flight from Dushanbe, a day after they were evacuated to the Tajikistan capital in an IAF aircraft, officials said.

Separately, a group of 135 Indians, who were evacuated from Kabul to Doha in the last few days by the US and NATO aircraft, were flown back from Doha to Delhi on a special flight, they said.

India carried out the evacuation missions in coordination with the US, Qatar, Tajikistan and several other friendly countries.

The group of 168 people, who were evacuated from Kabul, included Afghan lawmakers Anarkali Honaryar and Narender Singh Khalsa and their families, people familiar with the evacuation mission said.

"Evacuation continues! IAF special repatriation flight with 168 passengers on board, including 107 Indian nationals, is on its way to Delhi from Kabul," External Affairs Ministry Spokesperson Arindam Bagchi tweeted hours before the plane landed at Hindon.

It is learnt that the Indians evacuated to Doha from Kabul were employees of a number of foreign companies that were operating in Afghanistan.

India evacuated 200 people including the Indian envoy and other staffers of its embassy in Kabul in two C-17 heavy-lift transport aircraft of the IAF after the Taliban seized control of Kabul.

The first evacuation flight brought back over 40 people, mostly staffers at the Indian embassy, on Monday last.

The second C-17 aircraft evacuated around 150 people including Indian diplomats, officials, security personnel and some stranded Indians from Kabul on Tuesday.

The Taliban swept across Afghanistan this month, seizing control of almost all key towns and cities including Kabul in the backdrop of the withdrawal of the US forces.

Following the evacuation, the MEA said the focus now would be to ensure the safe return of all Indian nationals from the Afghan capital.

The MEA said the immediate priority for the government is to obtain accurate information about all Indian nationals currently staying in Afghanistan.

It also requested the Indians as well as their employers to urgently share the relevant details with the special Afghanistan cell.

According to a rough estimate last week, the number of Indians stranded in Afghanistan could be around 400 and India has been looking at ways to evacuate them including by coordinating with the US and other friendly countries.