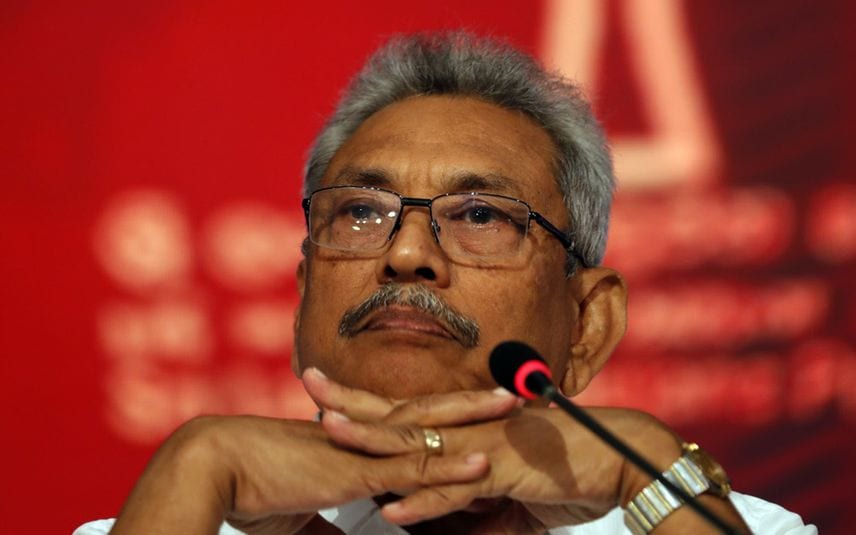 Colombo: Embattled Sri Lankan President Gotabaya Rajapaksa on Sunday called on all lawmakers to unite and work immediately for a solution to the people's pressing problems when the country is in "dire straits" amid the worst economic crisis.

In his remarks on the occasion of Vesak Poya Day, the President said: "We must be mindful of the current situation and unite around a programme that can deliver a fair determination to all."

Vesak Poya Day commemorates the birth, enlightenment, and death of Lord Buddha. The three events in his life are said to have happened on the same date.

"...resilience is essential in difficult situations. At this juncture, when the country is in dire straits, all the people's representatives must work together immediately for a solution on behalf of all citizens. The true goal should be to reach the desired target without deviating from the primary goal," he said.

Newly-appointed Prime Minister Ranil Wickremesinghe also issued a message on the occasion, stressing that the commitment to restore the lives of the people is a commitment made to Lord Buddha.

Stating that restraint and stability should be restored within Sri Lanka, the Prime Minister emphasised that the Buddha's Dhamma, which has the most valuable philosophical meaning, also functions as practical state political guidance.

On Saturday, four ministers were appointed to the Cabinet but the Opposition parties have refused to be part of an all-party government.

The Leader of the Opposition, Sajith Premadasa, in his message said that Lord Buddha revealed to the world the message of making the world better through altruism instead of ambition, opportunism and selfishness.

He pointed out that the teachings of Lord Buddha can also be applied in practice in modern life.

The Indian High Commission in Colombo also wished all Sri Lankans on the occasion of Vesak Poya Day.

Sri Lanka is going through the worst economic crisis since independence in 1948. A crippling shortage of foreign reserves has led to long queues for fuel, cooking gas and other essentials while power cuts and soaring food prices heaped misery on the people.

The economic crisis also triggered a political crisis in Sri Lanka and a demand for the resignation of the powerful Rajapaksas.

President Rajapaksa sacked his Cabinet and appointed a younger Cabinet as a response to the demand for his resignation. A continuous protest opposite his secretariat has now gone on for well over a month.

On Monday, Gotabaya Rajapaksa's elder brother Mahinda Rajapaksa resigned as the prime minister to make way for the president to appoint an interim all political party government. Wickremesinghe was appointed the country's new prime minister on Thursday. PTI