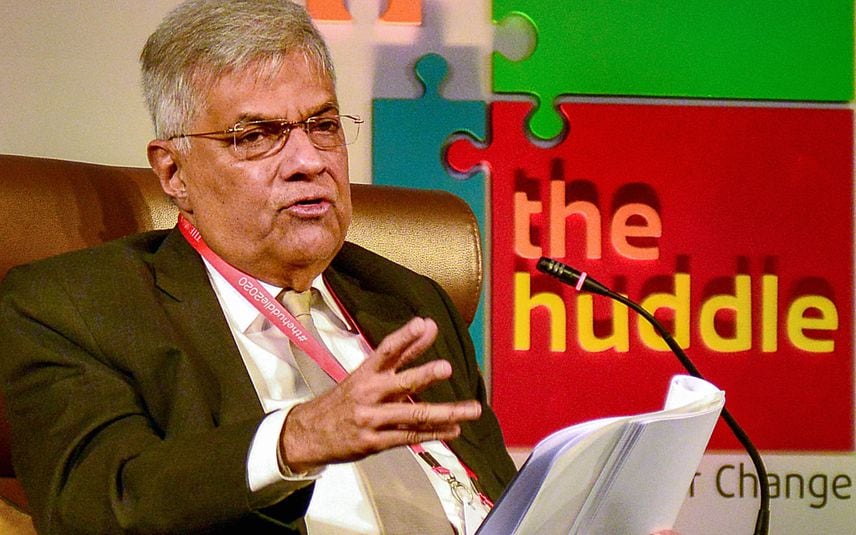 Colombo: Sri Lanka's new prime minister Ranil Wickremesinghe on Friday warned that the worst economic crisis that has brought misery and unrest in the island nation is "going to get worse before it gets better."

Sri Lanka is facing acute fuel shortages and soaring food prices, with some Sri Lankans forced to skip meals. Anger over the government's handling of the crisis has led to violent protests and forced the resignation of Mahinda Rajapaksa as the prime minister on Monday.

Wickremesinghe, who assumed charge as the 26th prime minister told the BBC in an interview that he would ensure families in the country get three meals a day.

Appealing to the world for more financial help, he said "there won't be a hunger crisis, we will find food".

The 73-year-old veteran politician, who is currently on his sixth stint as prime minister, warned that the worst economic crisis that has brought misery and unrest in the country is "going to get worse before it gets better."

He described the Sri Lankan economy as "broken", but he said his message to Sri Lankans was to "be patient, I will bring things back."

The United National Party (UNP) leader was sworn-in by embattled President Gotabaya Rajapaksa on Thursday, but his appointment has largely been met with dismay, as he is seen as too close to the politically dominant Rajapaksa clan.

Wickremesinghe said he agreed with the sentiment of protestors who have been calling for President Rajapaksa to resign, but said that would not happen. "Blaming won't lead to action, I'm here to see people nourished," he said.

Anti-government protests flared up in early April in the capital, Colombo, and have grown in size and spread across the country. People are furious because the cost of living has become unaffordable, and nine people have lost their lives in the unrest.

Although the protests have been overwhelmingly peaceful, the police fatally shot a protester on April 19, and on several occasions have used teargas and water cannons against protesters.

The authorities have made numerous arrests and repeatedly imposed curfews. The political crisis was triggered in late March when people hurt by long hours of power cuts and essential shortages took to the streets demanding the resignation of the government.

Wickremesinghe took over as prime minister on Thursday as the country was without a government since Monday when President Gotabaya Rajapaksa's elder brother and prime minister Mahinda Rajapaksa resigned after violence erupted following an attack on the anti-government protesters by his supporters. The attack triggered widespread violence against Rajapaksa loyalists, leaving nine people dead and wounding over 200 others. PTI