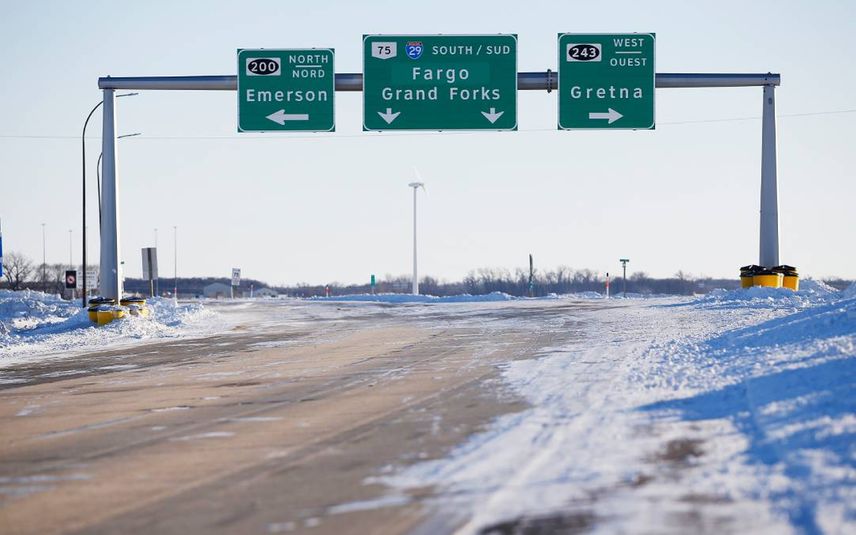 New York: Three separate incidents of human smuggling occurred over the last one month near the US/Canada border, where authorities this week arrested seven Indian nationals and found the bodies of four more, according to court documents.

A criminal complaint filed on Thursday in the US District Court for the District of Minnesota said that US Border Patrol had reported three separate incidents of human smuggling recently that occurred at the same location where American national Steve Shand was arrested.

The estimated dates of the smuggling events were January 12, 2022, and December 12 and December 22 last year.

“Related to the December 12 event, the Royal Canadian Mounted Police reported that a backpack was found at what was believed to be the drop-off point for the illegal border crossers. Inside the backpack was a price tag showing a price in rupees (Indian currency),” the complaint said.

Giving details of the previous smuggling attempts, the complaint said that US Border Patrol agents had observed “boot prints in the snow made by three individuals who had walked across the US/Canadian border” on January 12, 2022."

The complaint added that the three sets of boot prints are made by the same brand of boots, and the prints match the brand of the type of boots worn by five of the seven Indian nationals arrested in the current smuggling event in which Shand was arrested.

Agents said the boot prints appeared to be the same tread style as the boots being worn by the arrested Indian nationals.

“The two previous human smuggling events were discovered by Border Patrol agents observing footprints in the snow. Two groups of four appear to have walked across the border into the US and were picked up by someone in a vehicle,” the complaint said.

A family of four Indian nationals - an adult male, adult female, teen male and an infant, were found frozen to death just inside the Canadian side of the international border as they attempted to cross over onto the US illegally.

Authorities have said the weather in the area where Shand was arrested near the US/Canada border was severe, with high winds, blowing snow and temperatures well below sub zero. “The area is also known by Border Patrol as a high incident area for human smuggling.”

The criminal complaint against Shand said that “the investigation into the death of the four individuals in Canada is ongoing along with an investigation into a larger human smuggling operation of which Shand is suspected of being a part.”

The complaint said that one of the Indian nationals apprehended provided limited information to Border Patrol. “He reported that he paid a significant amount of money to enter Canada from India under a fraudulently obtained student visa."

"He did not intend to study in Canada but rather to illegally enter the United States. He had crossed the border into the United States on foot and had expected to be picked up by an individual who would drive him to his uncle's residence in Chicago,” according to the complaint.

All the seven Indian nationals arrested “spoke Gujarati. Most had limited or no English language speaking ability,” the complaint said, adding that “there are significant Gujarati populations outside of India, including in Canada and the US.”