Russia will have to pay 'heavy price' if it invades Ukraine, warns US president 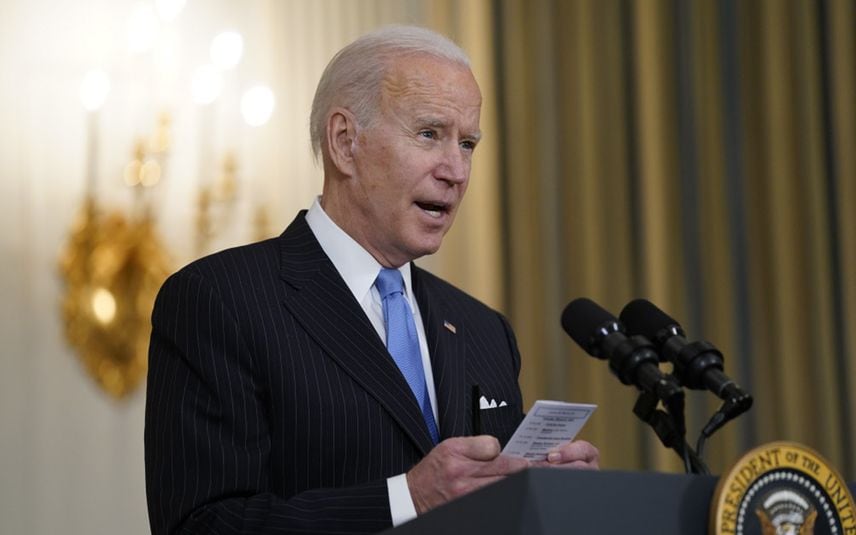 Washington: US President Joe Biden has said that Russia will have to "pay a heavy price" if its military units move across the Ukrainian border which will be considered an "invasion".

On Thursday, the Treasury Department announced sanctions on individuals who engaged in influencing activities directed by the Russian government.

"This action was part of our ongoing, longstanding efforts to counter Russia's network of influence efforts and to expose its dangerous, threatening, and ongoing campaign to destabilize Ukraine," White House Press Secretary Jen Psaki said.

In response to a question, she said, "These individuals are at the heart of Russia's destabilizing campaign in Ukraine and we stand united with the Ukrainian government."

Psaki stressed the US is not waiting to take action to counter Russia.

"We see what they're doing and we are disrupting it. These actions are separate and distinct from the broad range of high-impact, severe measures we and our allies are prepared to impose in order to inflict significant costs should they invade," she said.

Later, Biden told reporters, "I've been absolutely clear with President Putin... If any assembled Russian units move across the Ukrainian border, that is an invasion and would be met with a severe and coordinated economic response that I've discussed in detail with our allies and laid out very clearly for President Putin."

"Let there be no doubt at all that if Putin makes this choice, Russia will pay a heavy price," the US president warned.
Biden stressed being prepared about cyberattacks, "grey-zone" attacks, and actions by Russian soldiers not wearing their own uniforms. He alleged that Russia has a long history of using measures other than overt military action to carry out aggression.

"Remember when they moved into the Donbas with 'Little Green Men'? They were dealing with those who were Russian sympathizers and said that Russia had nobody in there," he said.

Soldiers in unmarked uniforms, dubbed "little green men" by some, had swept Crimea in 2014 laying the ground for annexation by Russia.

"We have to be ready to respond to these in a united way with a range of tools at our disposal," Biden said.

Later in the day, when asked why is he waiting for Putin to make the first move, Biden replied, "What a stupid question."
White House Press Secretary Jen Psaki said the Biden administration is making decisions based on decades of experience of the president and that of his foreign policy team and through consultation with its partners.

"The aggressor is Russia and Putin. They are building up military troops and also pushing out misinformation in Ukraine. That's who we need to keep our focus on and make sure we are educating the public about their actions," Psaki added. PTI

Tivaouane (Senegal) : Police were on guard and nearby residents and parents stood mourning outside a hospital in Senegal where a fire in the neonatal unit ..

Kyiv: Ukrainian President Volodymyr Zelenskyy pleaded with the West on Thursday to send multiple launch rocket systems to Ukraine as soon as possible to ..

Manila: Ferdinand Marcos Jr. was proclaimed the next president of the Philippines by a joint session of Congress on Wednesday following a landslide election ..