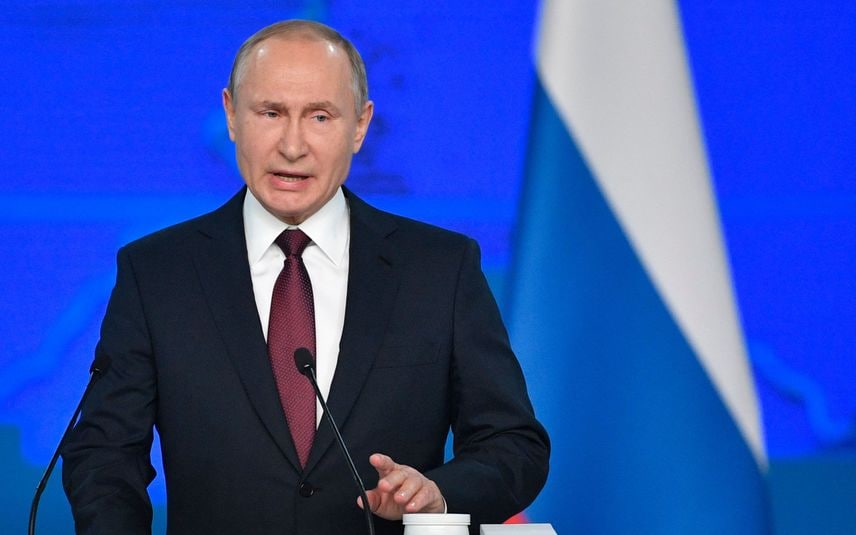 Moscow: A Russian court on Monday banned Facebook and Instagram as "extremist", part of sweeping efforts by Moscow to crack down on social media during the conflict in Ukraine.

The Russian authorities have accused US tech giant Meta -- the parent company of Facebook, Instagram and WhatsApp -- of tolerating "Russophobia" since President Vladimir Putin sent troops into Ukraine on February 24.

Moscow's Tverskoi district court acceded to a request from prosecutors for the two social media platforms to be banned for "carrying out extremist activities".

It ruled that Meta's WhatsApp messenger service would not be prohibited because it is not used to post public statements.

During Monday's hearing, Russia's FSB security service accused Meta of working against the interests of Moscow and its army during the conflict.

"The activities of the Meta organisation are directed against Russia and its armed forces," FSB representative Igor Kovalevsky told the court in a statement reported by Russian news agencies.

"We ask (the court) to ban Meta's activities and oblige it to implement this ruling immediately," he said.

Meta had announced on March 10 that the platforms would allow statements like "death to Russian invaders" but not credible threats against civilians.

But in what appeared to be damage control, Meta's global affairs president, Nick Clegg, later said the laxer rules would only apply to people posting from inside Ukraine.

In court, a Meta representative said that "following public debate" the company had now changed its policy and deemed that "Russophobia and calls for violence against Russian citizens are unacceptable".

The rights project noted that the prosecution said Russians cannot be prosecuted for simply using the social media.

It pointed out however that those purchasing Facebook and Instagram advertising could be prosecuted for financing an extremist organisation.

Russia's Investigative Committee, which probes major crimes, this month said it was launching a probe "due to illegal calls for the murder of Russian nationals by employees of the American company Meta".

Meta boasts billions of users globally across its apps.

Facebook and Instagram were widely used in Russia and the latter was the most popular social media platform among young Russians.

For many small Russian businesses, Instagram was a key platform for advertising, processing sales and communicating with clients.

The United Nations had voiced alarm at Facebook's decision to temporarily ease its policy on violent speech after Moscow's invasion of Ukraine, warning it could spark "hate speech" against Russians.

Intruder hunting US politician Pelosi attacks her husband with hammer