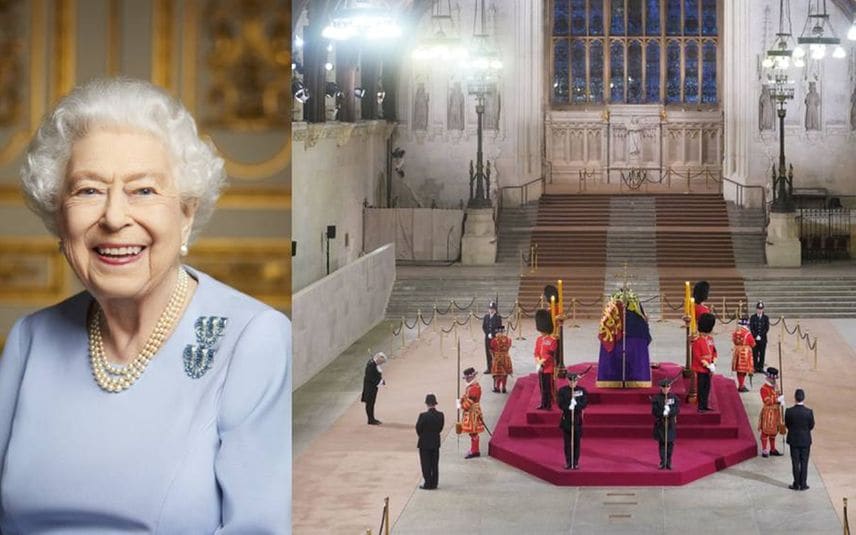 London: The coffin of Queen Elizabeth II, the United Kingdom's longest-reigning monarch, is made of English oak, lined with lead and it was built decades ago, according to British media reports on Monday.

The coffin is made of oak from the Royal Family's Sandringham Estate according to royal tradition, the Sky News reported.

According to the Telegraph, it was originally built by the specialist firm Henry Smith over three decades ago. The records of the exact date that the casket was made were lost when Henry Smith was taken over by another firm in 2005.

Since its manufacture, it has been in storage under the care of two different firms who have been responsible for royal funerals.

The coffin is two-in-one, with the internal portion lead poured over a simple inner wood coffin. That is then placed inside the outer casket made of English oak.

The combination of materials used to make Her Majesty's coffin mean that it is much heavier than a normal coffin. It requires eight pallbearers, which will be from the Armed Forces, to carry it instead of the normal six.

The practice of encasing Royal Family members in lead coffins dates back hundreds of years at least to Queen Elizabeth I. Using lead allows the casket to be sealed, keeping out moisture and slows the decomposition process for up to a year longer than would normally occur.

Since lead doesn't decay, the airtightness of the casket is not compromised which also keeps any smells and gases from escaping. Both qualities are important when interring a body above ground as will be the case with Queen Elizabeth II at her final resting place in the royal vault called King George VI Memorial Chapel.

Former Prime Minister Winston Churchill, Prince Philip and Princess Diana all had such coffins made for them, Sarah Hayes, manager for the Coffin Works museum in Birmingham, has said.

"It's to preserve the body for as long as possible, it's really about slowing down the process of decomposition," she said.