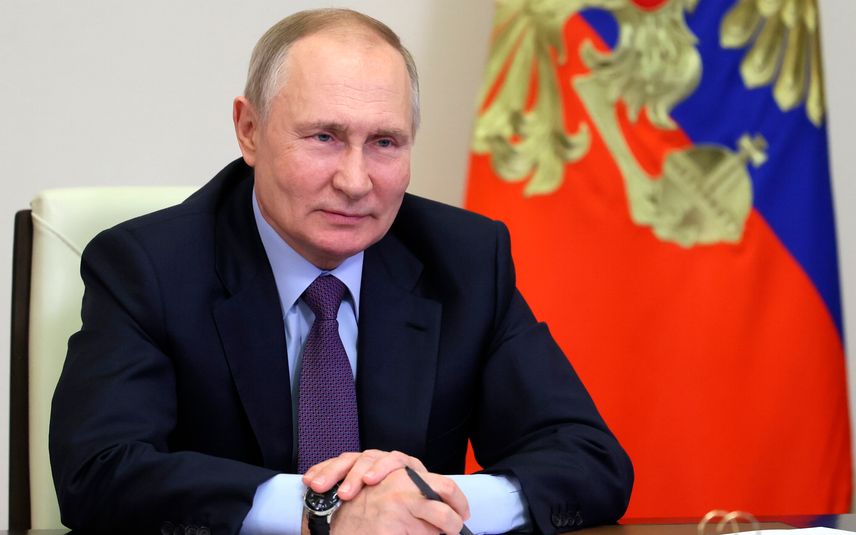 Moscow: President Vladimir Putin said on Friday Russia's strikes on Ukrainian infrastructure were "inevitable" as the Kremlin rejected US President Joe Biden's terms for talks and warned the assault would continue.

Speaking with German Chancellor Olaf Scholz for the first time since mid-September, Putin slammed what he called the West's "destructive" policies in Ukraine and said Russian strikes were a response to "provocative" attacks from Kyiv.

Moscow "had long refrained from precision missile strikes against certain targets on the territory of Ukraine", Putin told Scholz, according to a Kremlin readout of the phone talks.

"But now such measures have become a forced and inevitable response to Kyiv's provocative attacks on Russia's civilian infrastructure," the Kremlin said, referring in particular to the October attack on a bridge linking Moscow-annexed Crimea to the Russian mainland.

During the hour-long call with Putin, Scholz "urged the Russian president to come as quickly as possible to a diplomatic solution including the withdrawal of Russian troops", according to the German leader's spokesman Steffen Hebestreit.

Putin urged Berlin to "reconsider its approaches in the context of the Ukrainian events", the Kremlin said.

He accused the West of carrying out "destructive" policies in Ukraine, stressing that its political and financial aid "leads to the fact that Kyiv completely rejects the idea of any negotiations".

Ukrainian President Volodymyr Zelensky had ruled out any talks with Russia while Putin is in power shortly after the Kremlin claimed to have annexed several Ukrainian regions.

The Kremlin also indicated Moscow was in no mood for talks over Ukraine, after Biden said he would be willing to sit down with Putin if the Russian leader truly wanted to end the fighting.

"What did President Biden say in fact? He said that negotiations are possible only after Putin leaves Ukraine," Putin's spokesman Dmitry Peskov told reporters, adding Moscow was "certainly" not ready to accept those conditions.

"The special military operation continues," he added, using the Kremlin term for the assault launched on February 24.

Russia's strikes have destroyed close to half of the Ukrainian energy system and left millions in the cold and dark at the onset of winter.

In the latest estimates from Kyiv, Mykhailo Podolyak, an advisor to Zelensky, said as many as 13,000 Ukrainian troops have died in the fighting.

Both Moscow and Kyiv are suspected of minimising their losses to avoid damaging the morale.

The fighting in Ukraine has also claimed the lives of thousands of Ukrainian civilians and forced millions to flee their homes.

Those who remain in the country have had to cope with emergency blackouts as authorities sought to relieve the pressure on the energy infrastructure.

In an attempt to boost the mood in the capital Kyiv, musicians played a classical music concert on Thursday with hundreds of LED candles lighting up the stage.

"We thought it was a good idea to save energy," Irina Mikolaenko, one of the concert's organisers, told AFP.

She said they wanted to spread "inspiration, light and love" and "tell people that we are not defeated".

Ukrainian officials have said they are expecting a new wave of Russian attacks shortly.

Meanwhile, Western nations have been seeking ways to further starve Russia of resources to fight in Ukraine by imposing a price cap on its oil exports on top of a multitude of sanctions already introduced against Moscow.

On Thursday evening, European diplomats were close to nodding the plan through, but Poland refused to back the scheme, saying the $60 a barrel ceiling was not low enough.

Moscow has previously warned that it will not export oil to countries enforcing a price cap.

Russia ready for talks to end war in Ukraine, says Putin as attacks go on

West plundered India, is ready to provoke colour revolution in any country: Putin