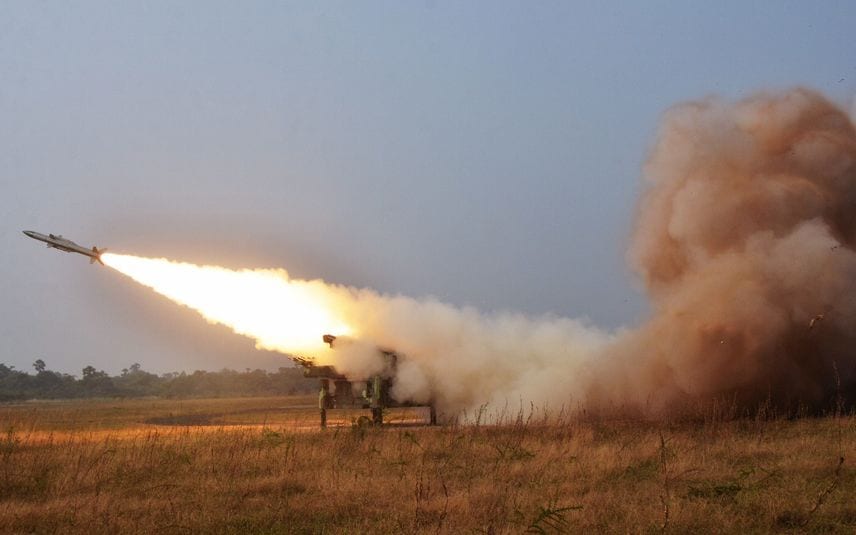 Poland and NATO said the explosion was likely caused by a Ukrainian air defence missile lanched to intercept a Russian barrage, but that Moscow was ultimately to blame for starting the conflict.

Two people were killed on Tuesday when at least one missile hit a village in NATO member Poland near the Ukrainian border, during a mass Russian bombardment aimed at civilian infrastructure inside Western-backed Ukraine.

Both the Western leaders at the G20 summit in Bali and NATO ambassadors in Brussels called emergency meetings, amid fears the blasts were a Russian strike that might force the allies to respond.

But Polish President Andrzej Duda played down international fears of a further escalation, saying there was "no indication that this was an intentional attack on Poland".

Duda said it was very likely that the Soviet-era missile was launched by Ukraine in what he called an "unfortunate accident" and said the blame lay with Russia because of its attacks on Ukraine.

After crisis talks in Brussels, Stoltenberg said an ongoing investigation was expected to find "that the incident was likely caused by a Ukrainian air defence missile fired to defend Ukrainian territory against Russian cruise missile attacks.

"But let me be clear, this is not Ukraine's fault," he continued. "Russia bears ultimate responsibility as it continues its illegal war against Ukraine."

Stoltenberg said NATO had ramped up its defences along its eastern flank in response to the war in Ukraine and denied that the alliance's air defences had failed.

"We are prepared to handle situations like this in a firm, calm, resolute way, but also in a way that prevent further escalation," he said.

The NATO chief said Poland had not invoked Article 4 of the Western alliance's treaty, which would have obliged members to discuss whether "the territorial integrity, political independence or security of any of the Parties is threatened."

NATO's most powerful member, the United States, has hundreds of troops in Poland and leads the West in supplying weapons to support Ukrainian President Volodymyr Zelensky's government in Kyiv.

US Defense Secretary Lloyd Austin said American personnel would work to support the Polish investigation, and stressed: "Russia bears ultimate responsibility as it continues its illegal war against Ukraine."

The Russian defence ministry said: "Photographs of the wreckage... were unequivocally identified by Russian military experts as fragments of a guided anti-aircraft missile of a Ukrainian S-300 air defence system."

It insisted that its own strikes, a barrage of scores of missiles, "were carried out on targets only on the territory of Ukraine and at a distance of no closer than 35 kilometres (about 20 miles) from the Ukrainian-Polish border."

With world leaders meeting in Bali at the G20 summit, Ukrainian officials initially insisted that Russia must have fired the missile that hit Poland, but later asked to take part in the investigation.

"Ukraine requests immediate access to the site of the explosion," the secretary of Ukraine's national security and defence council, Oleksiy Danilov, said on social media.

He said Kyiv was ready to hand over evidence of its claim that Russia was responsible, but that he was "expecting information from our partners" on reports that it was an Ukrainian missile.

The explosion rocked the village of Przewodow in eastern Poland at 1440 GMT on Tuesday.

"I'm scared. I didn't sleep all night," Anna Magus, a 60-year-old teacher at the local elementary school, told AFP near the scene. "I hope it was a stray missile because otherwise we're helpless."

Russia invaded Ukraine on February 24 and still holds swathes of territory despite a series of recent battlefield defeats.

The conflict has caused deep unease in neighbouring Poland, which shares a 530-kilometre (329-mile) border with Ukraine and where memories of Soviet domination are still very raw.

The explosion came after a wave of Russian missiles hit cities across Ukraine on Tuesday, including Lviv, near the Polish border.

Zelensky said the strikes cut power to some 10 million people, though it was later restored to eight million of them, and also triggered automatic shutdowns at two nuclear power plants.