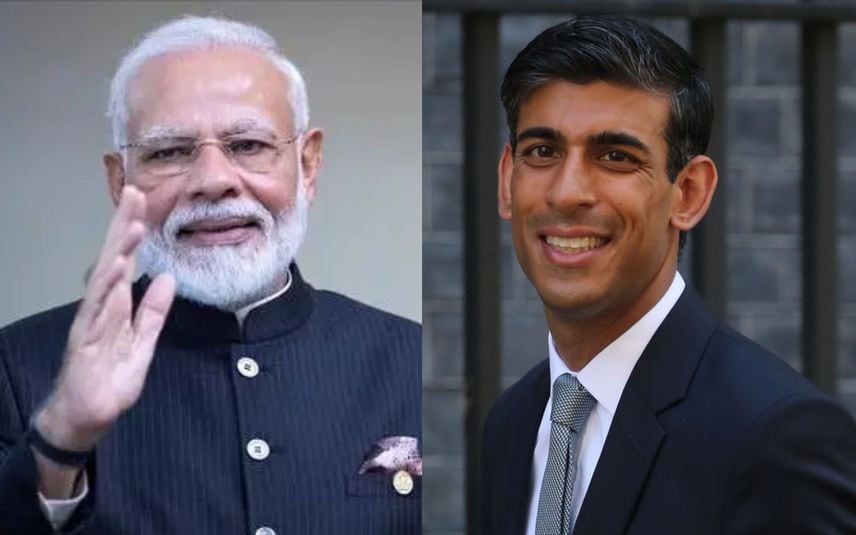 Sunak, 42, is the first British Asian to become prime minister. He is married to an Indian, Akshata Murty, the daughter of the co-founder of IT giant Infosys.

"Warmest congratulations @RishiSunak ! As you become UK PM, I look forward to working closely together on global issues," Modi tweeted.

He added: "Special Diwali wishes to the 'living bridge' of UK Indians, as we transform our historic ties into a modern partnership."

Diwali is the Hindu festival being celebrated on Monday. The "living bridge" refers to ties between Indians in India and people of Indian origin in other countries.

Sunak was born in Southampton, England. His parents were born in east Africa and his grandfathers were from pre-independence Punjab in northern British India. AFP