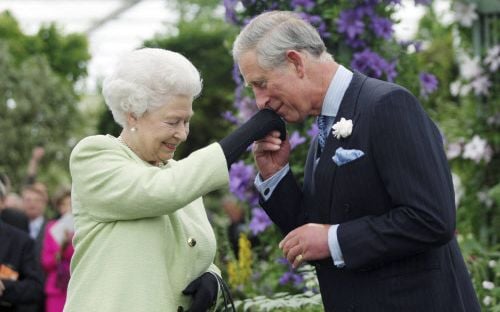 New York: Queen Elizabeth II, the longest reigning British monarch (70 years), passed away at 96 in London, paving the way for her first-born Prince Charles to become the King and a long-planned "Operation London Bridge" goes underway in the British Isles. The national anthem immediately shifted back to "God Save the King".

The death of Queen Elizabeth II, exactly a year after her husband Prince Phillip, the duke of Edenborough, passed, has set in motion a meticulously choreographed and coordinated procedure for which the Palace, the government, the news media, the local authorities and the Queen herself had long planned.

Amid the public mourning, the national grief and the lowering of flags will come a transition of power and national memorialising, known as Operation London Bridge, which will overtake the country's agenda for days and play out potentially for months before the coronation of a new monarch.

"From the moment the queen became monarch, Whitehall started the planning process about what would happen when she died," said Philip Murphy, a professor of British and Commonwealth history at the University of London.

The New York Times said that much of it has been planned down to the minute, and some things have already fallen into place. By the time the world knew about the queen's death, her son Charles had already become king. Under common law, the moment of the sovereign's death marks the moment the heir becomes the monarch.

The national anthem will again shift back to "God Save the King". "I think it's going to be an extraordinary psychological dislocation for British people," Professor Murphy said. "By now you've pretty much got to be in your late 70s or 80s to remember a time when Queen Elizabeth wasn't on the throne."

Many of the granular details of the Palace's planning for the Queen's death were laid out in a 2017 investigation by The Guardian, providing a blueprint for the hours and days ahead. That planning has been discussed in meetings between government and Palace officials, the police, the army and broadcasters two to three times a year since the turn of the century, and occasionally reported on.

According to the blueprint, the Queen's death would be communicated with one coded phrase - "London Bridge is down." The Queen's private secretary, Edward Young, was tasked with delivering the message to the Prime Minister.

Then the Foreign Office was responsible for relaying the message to Commonwealth leaders, a loose organization largely composed of former colonies of the British Empire, which includes 15 countries where the monarch is also the head of state. Charles, as the new king, automatically became the head of state for the realms once ruled by his mother.

"It will just be an automatic transition, whatever popular sentiment is about it," Professor Murphy said. "Whoever succeeds her becomes king of Canada, king of Australia, king of Tuvalu." 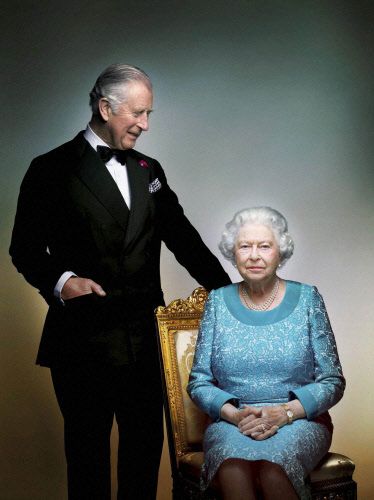 Based on earlier blueprints, news outlets across the country, and around the world, would learn of the Queen's death in tandem. However, the news first appeared in a post on the Royal Family's Twitter account, and on their website, before being sent to news organisations around the world by the British Press Association.

The BBC played the national anthem shortly after the announcement and showed a photo of the Queen, followed by an image of the royal crest on a black screen and the words "Queen Elizabeth II". The flag at Buckingham Palace was soon lowered to half-mast. In the tradition of decades of royal announcements, a notice was placed on a sign at the gates of the monarch's official residence, Buckingham Palace.

Television newsrooms have been well prepared, with the mourning attire and coverage reflecting on the queen's life at the ready. The country now enters an official period of mourning that continues until after the queen's funeral, which is expected to take place 10 days after her death and be a public holiday.

While the sovereign's political power is largely symbolic, the monarchy plays a constitutional role, so there will be formalities conducted with the expected royal flair. According to protocol, within 24 hours of the queen's death, lawmakers in Parliament will take oaths of allegiance to the new king, the New York Times said.

The Accession Council, a ceremonial body, will be summoned to St. James's Palace, a Tudor royal residence near Buckingham Palace, to officially proclaim the new sovereign. And the first Privy Council of Charles's reign will be held.

Charles will make four traditional public statements as he enters his new role. At the first meeting of the Privy Council, he will give a personal and political inaugural declaration. In the past, this happened in a closed ceremony and the text was published after the fact in the London Gazette - the official government records.

But the planning document suggests this could be televised. Then come more formalities, most of which date to a narrow period of British history that has become enshrined in law and nods to the foundations of the modern British state.

Charles will make a statutory oath to uphold the Church of Scotland during the first Privy Council and confirm the timing of the queen's funeral. He will later make the accession declaration oath, a vow to maintain the established Protestant line of succession, usually made at the next state opening of Parliament. And lastly, he will make the Coronation Oath, which includes a promise to uphold the rights and privileges of the Church of England.

At 11 a.m. on the day after the Queen's death, a proclamation will be read that officially declares the reign of the new king, which is then passed across the country, first by heralds who will arrive on horseback wearing official uniforms that have roots in the clothing from the Middle Ages to read the news in Trafalgar Square and then the Royal Exchange in London.

Two days after the Queen's death, according to the plan, the proclamation will be read out in ceremonial fashion in capitals across the United Kingdom - Edinburgh; Cardiff, Wales; and Belfast, Northern Ireland - and later, high sheriffs in traditional garb will declare the news in towns and villages across the country.

Plans have also been underway on the local level for years, with the National Association of Civic Officers issuing a framework for local officials that maps out every detail from when bells should be rung (fully or half-muffled on the day of the announcement, according to guidance from the Central Council of Church Bell Ringers) To the clothes worn by local officials to the paper to be used in books of condolences.

Flags across the country are to be lowered to half-staff and stay that way until the morning after the queen's funeral, with one exception. On Proclamation Day, flags will be raised until the next afternoon, and then revert to half-staff.

After the proclamation of the new king, attention will once again turn to the funeral of Britain's longest-serving monarch. The procedure and pomp around royal deaths and funerals is not unfamiliar in Britain, with the deaths of Princess Diana, Princess Margaret and the Queen Mother very much a part of a national collective memory. The death of Elizabeth's husband, Prince Philip, in 2021, was likened by many to a dress rehearsal for the inevitable main event.

However, the death of a sovereign is a far more consequential loss, and one that has not been felt in 70 years, since the death of Elizabeth's father, King George VI. While the process around his funeral offers some guidance as to how the coming days will unfurl, looking back may offer only a partial sense of what the events may look like.

The Queen's coffin is expected to rest in the Throne Room at Buckingham Palace for four days after her death, before being moved in a formal parade to Westminster Hall, where it will lie in state until the funeral. The coffin will be placed on a raised platform draped in regal purple, and tradition dictates that each corner of the platform be guarded around the clock.

Members of the public will most likely be allowed to file past and pay their respects, and international dignitaries are expected to descend on London in the coming days. The queen's funeral will be held at Westminster Abbey.

On the morning of Elizabeth's funeral, as her coffin pauses at the entrance to the church at 11 a.m. after a short procession, protocol calls for the nation to fall silent in a moment of reflection. After the funeral ceremony, the queen's coffin is expected to be placed on the same green gun carriage that carried her forefathers' coffins, in a final procession down the mall, which runs between Buckingham Palace and Trafalgar Square.

It will then be driven to Windsor Castle, about 23 miles away, to the resting place of nearly all British sovereigns since George III. Elizabeth will be buried alongside her royal predecessors at St. George's Chapel.

The Queen's husband, Prince Philip, was buried there in April 2021 after a muted funeral ceremony because of restrictions amid the coronavirus pandemic. Her father, mother and sister are also interred there.

With Charles's formal coronation still most likely months away, the British public will have time to mourn a monarch who came to embody their national identity, and to imagine a future without her. "It's not just that she's been there in the background for people in Britain for all of their lives, but that this form of government has really been shaped around her," Professor Murphy said. "And it's not at all clear how it will fare without her."
IANS