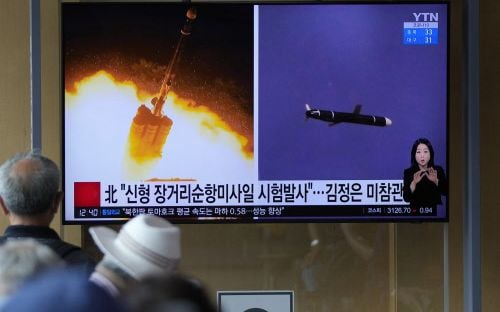 Seoul: North Korea launched at least one ballistic missile into waters off its east coast, South Korea's military said Sunday, the latest in a recent series of weapons tests.

Pyongyang has doubled down on upgrading its weapons programme this year despite facing crippling economic sanctions.

US and South Korean officials have warned for weeks that Pyongyang may conduct a seventh nuclear test.

Despite struggling with a recent Covid-19 outbreak, North Korea has resumed construction on a long-dormant nuclear reactor, new satellite imagery has indicated.