US has reason to believe ISIS-K leaders behind Kabul attacks: Biden 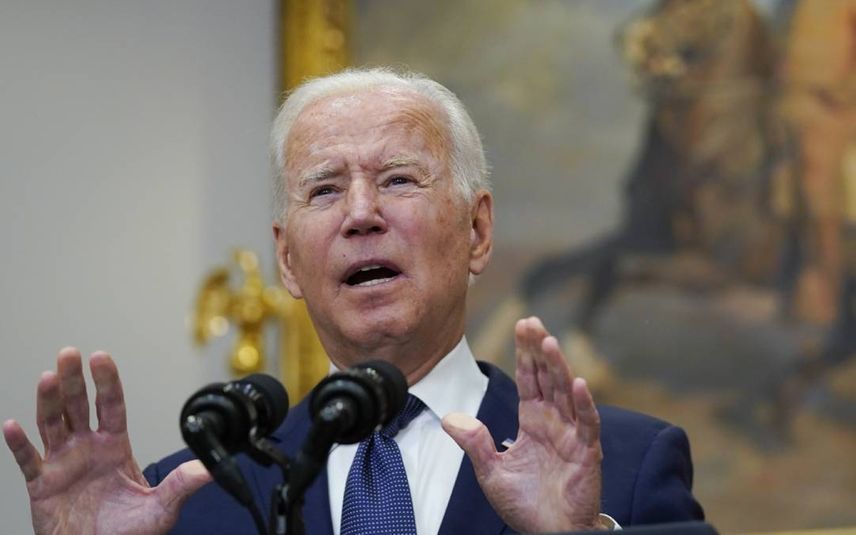 Washington: US President Joe Biden said the United States has reason to believe the leaders of the Islamic State-Khorasan terror group are behind the attacks at the Kabul airport that killed 12 US service members.

"With regard to finding, tracking down the ISIS [Islamic State] leaders who ordered this, we have some reason to believe we know who they are, not certain, and we will find ways of our choosing without large military operations to get them," Biden said on Thursday.

Biden said the Islamic State-Khorasan has planned complex attacks against US forces and others in Afghanistan after they were released from prisons during the Taliban takeover of Afghanistan.

"These American service members who gave their lives, it is an overused word but it is totally appropriate here, were heroes. Heroes who have been engaged in a dangerous selfless mission to save the lives of others. They are part of an airlift and evacuation effort unlike any seen in history with more than 100,000 American citizens, American partners, Afghans who helped us and others who have taken safety in the last 11 days," Biden said. "Just in last 12 hours or so another 7,000 have gotten out."

He also called the American service members who lost their lives "heroes" and "the best the country has to offer."

Biden further said that he bears responsibility for everything that has happened in the past several days in Afghanistan.

"I bear responsibility for fundamentally all that's happened of late," Biden said when asked whether he bears any responsibility for the way things have unfolded in the last two weeks with the withdrawal of US forces and the chaotic evacuation of Americans and allies in Afghanistan.

Four US Marines are among the 35 people who were reportedly killed in twin bomb blasts outside Kabul airport on Thursday. The first blast was reported at the Abbey Gate in Kabul airport while the second one was near the Baron Hotel. (ANI)