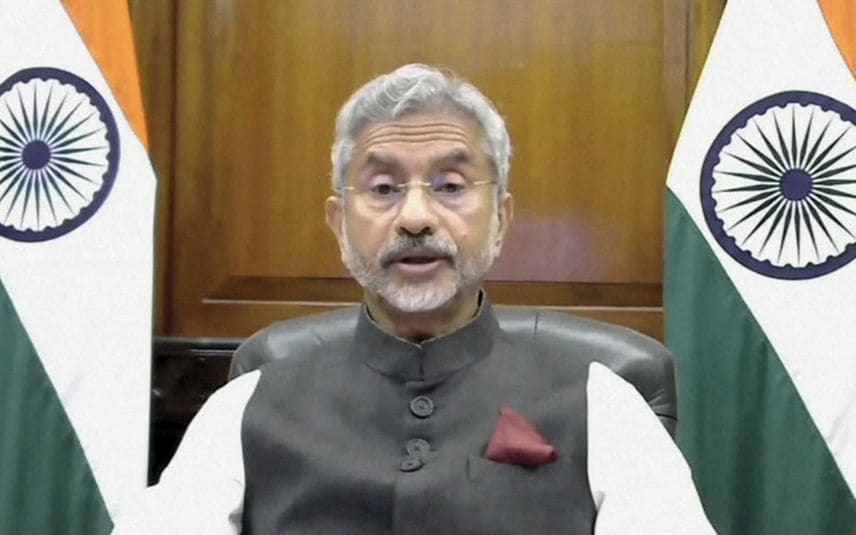 New Delhi: As the war in Ukraine enters into nine months, External Affairs Minister S Jaishankar will begin his two-day Russia visit on Monday to hold talks with the country's Foreign Minister Sergey Lavrov, in continuation of the regular high-level dialogue between the two sides.

Talks between the two sides are expected to cover the entire range of bilateral issues and exchange views on various regional and international developments.

Jaishankar is scheduled to meet Deputy Prime Minister of the Russian Federation and Minister of Trade and Industry, Denis Manturov, his counterpart for the India-Russia Inter-Governmental Commission on Trade, Economic, Scientific, Technological and Cultural Cooperation (IRIGC-TEC).

"Issues pertaining to bilateral economic cooperation in various domains will be discussed," the Ministry of External Affairs (MEA) release said in an earlier release.

Jaishankar's visit follows Russian President Vladimir Putin's praise of Indians. Marking the occasion of Russia's Unity Day on November 4, Putin said India has much potential with no doubts that it will achieve outstanding results in terms of development.

"India will achieve outstanding results in terms of its development - there are no doubts - and almost one-and-a-half billion people: now that's potential," the Russian President said, according to a Reuters translation of the speech originally delivered in Russian.

Since the start of the Ukraine conflict earlier this year, India's bilateral ties with Russia have come under the scanner of the West for a surge in oil imports from the sanction-hit Moscow. The war in Ukraine which has continued for more than eight months has had a significant impact on global food security and has led to a sudden increase in crude prices.

A survey by the Delhi-based Observer Research Foundation (ORF) said the majority of young Indian believe that Russia is India's most reliable partner since the country gained independence in 1947.

Notably, India has not condemned Russia since the start of the conflict and maintained its independent position. On several UN forums, New Delhi has consistently called for a cessation of violence and advocated the path of peace and diplomacy.

On Wednesday, Jaishankar said the Ukraine conflict has dramatically widened the scope of political leveraging, in which trade, debt, and even tourism are being weaponized as the points of pressure.

"This emanates from the weaponisation of everything. In recent years, we have already seen, how trade, connectivity, debt, resources and even tourism have become the point of political pressure. The Ukraine conflict has dramatically widened the scope of such leveraging," Jaishankar said, during a lecture at the IIM Calcutta, while speaking on the topic of "India and the World".

He said the scale of measures, technology control, infrastructure and service restrictions and seizure of assets, has truly been breathtaking. The minister added sharpening great power competition is inevitably creating stress factors across multiple domains.