ISKP released a statement claiming responsibility for the attack. According to ISKP, 'Abu Mohammed al Tajiki' carried out the attack which lasted for three hours. 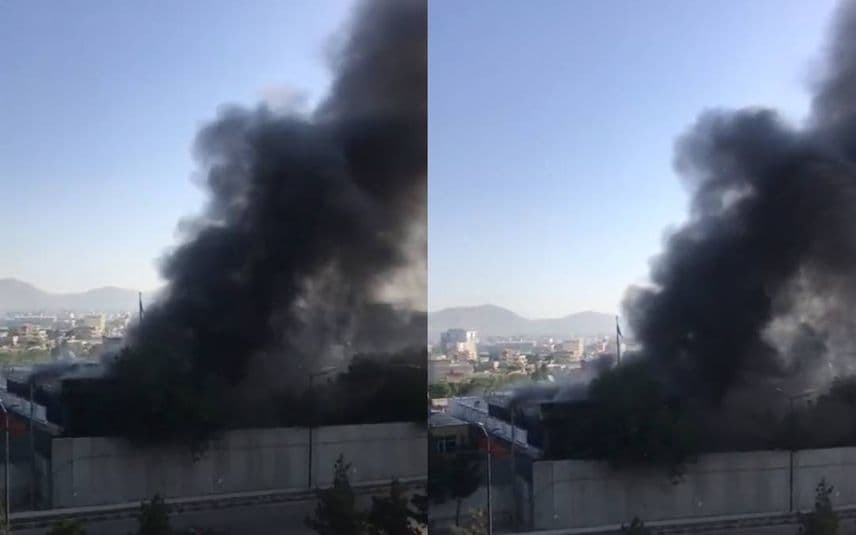 From the visuals of attacked Gurudwara in Kabul | Photo: https://twitter.com/mssirsa

ISKP released a statement claiming responsibility for the attack. According to ISKP, 'Abu Mohammed al Tajiki' carried out the attack which lasted for three hours.

The group claimed that besides submachine guns and hand grenades, four IEDs and a car bomb were also used in the attack.

It further claimed that about 50 Hindu Sikhs and Taliban members were killed in the attack and the attack was conducted as revenge for the insult of Prophet Mohammed by an Indian politician.

However, in the attack, only two people were killed and seven others were wounded.

Strong action has already been taken against those who made derogatory remarks. A statement was also issued by concerned quarters emphasizing respect for all religions, denouncing insult to any religious personality or demeaning any religion or sect. Vested interests that are against India-Kuwait relations have been inciting the people using these derogatory comments.

The Bharatiya Janata Party on Sunday suspended its spokesperson Nupur Sharma from the party's primary membership and expelled its Delhi media head Naveen Kumar Jindal after their alleged inflammatory remarks against minorities.

At least two civilians, including a Sikh man and a Muslim security guard, died after an attack by ISKP in Afghanistan's Kabul city on Saturday.

Initial inputs suggested that an explosion took place outside the gate of the Gurdwara killing at least two people. Another explosion was later heard from inside the complex and some shops attached to the Gurdwara caught fire.

The holy Guru Granth Sahib from Gurudwara in Afghanistan's capital city Kabul was retrieved from the complex, from which plumes of smoke were seen billowing out after the attack early this morning, according to visuals posted on social media.

Visuals posted by locals on social media show a barefoot man carrying the Guru Granth Sahib on his head. The visuals show two or three more people, all walking without footwear accompanying him.

According to reports, the Holy Book was taken to the residence of Gurnam Singh, president, of Gurdwara Karte Parwan.

In October, last year 15 to 20 terrorists entered a Gurdwara in the Kart-e-Parwan District of Kabul and tied up the guards.