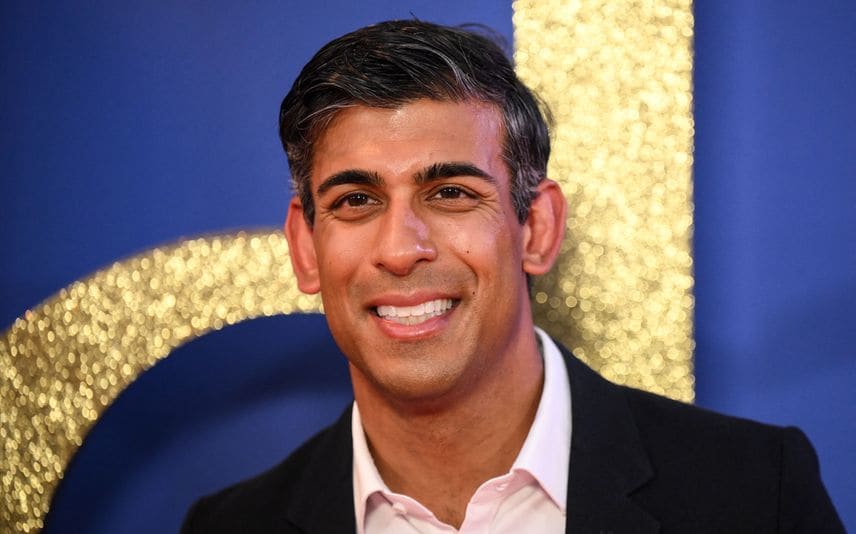 London: Indian diaspora leaders and organisations in the UK went into expected overdrive on Monday, celebrating Rishi Sunak's victory in the Conservative Party leadership race to become the Prime Minister-elect as a “historic” and “inspirational” development on Diwali.

The 42-year-old former Cabinet minister, who famously lit diyas on the steps of 11 Downing Street during his tenure as chancellor, is on the record during his last campaign saying he wants to change the India-UK relationship to make it a more two-way exchange that opens up easy access to UK students and companies in India.

Now, elected Tory leader amid considerable economic turmoil and just as a proposed free trade agreement (FTA) with India missed its Diwali deadline, there is renewed hope that Sunak would inject momentum behind closer ties with the country of origin.

“Many of our grandparents were British subjects and now to see someone of Indian heritage in the UK's highest office is truly inspirational. Mr Sunak's rise shows how the British Indian community has come a long way, and we hope this serves as an inspiration for the next generation,” it said.

With the British Indian community made up of an estimated 1.7 million people, it comprises around 2.5 per cent of the total population and therefore a British Prime Minister of Indian heritage was not expected anytime soon, feels Rahul Roy-Chaudhury, Senior Fellow for South Asia at the London-based International Institute for Strategic Studies (IISS).

“The prospective FTA is likely to be revived and completed in earnest as a result of the economic stability that Rishi Sunak is expected to bring to the UK,” said Roy-Chaudhury.

“But, Rishi Sunak is yet to be tested on foreign policy and defence issues… who he appoints as the next Defence and Foreign Secretaries will be critical in building a strong defence and security partnership, the next stage of a truly comprehensive strategic partnership with India,” the strategic expert notes.

The excitement of a Sunak victory resonated among Indian student groups as well, who are hopeful that his premiership would involve championing the skills and knowledge exchange critical to the growth of both countries and not bow down to the “noise on immigration from the far right”.

“If there is one thing we know about Rishi Sunak is that he's a man of logic and reason. Through the summer we saw his refusal to bow down to populism in favour of rationality,” said Sanam Arora, Chair of the National Indian Students and Alumni Union (NISAU) the UK, with reference to Liz Truss' populist and now-failed tax-cutting promises in the last leadership contest.

“I expect that Rishi will be driven by exactly the same rationality when it comes to the India-UK partnership, where the exchange of skills is critical… recognising the bizarre situation of counting international students as migrants; we call on him to be the PM who changes this, a move that can be transformative for the British economy and higher education sector.

“Rishi's is our story. A child born in the UK to immigrant parents who through sheer hard work and dedication sought to give their children a better life, with focus on education and good values, he has climbed to hold the highest public office in the land,” said Professor Manoj Ladwa, Founder of India Global Forum (IGF) – where Sunak first spoke of his migrant roots in early July.

In his address at the IGF annual awards in Windsor, Sunak recalled: “Sixty years after my Naniji boarded a plane in East Africa, on a warm sunny evening in October, her great-grandaughters, my kids, played in the street outside our home, painted Rangoli on the doorstep, lit sparklers and diyas; had fun like so many other families on Diwali. Except the street was Downing St. And the door was the door to No. 11.

“I'm incredibly proud of where I come from. It will always be an enormous part of who I am. And it brings me joy to live, and belong, in a country where, for all our faults, for all our challenges, someone like me can become Chancellor. Our task now is to make sure that's not the end of the British Indian story, but the beginning,” he said.

That statement proved prophetic this week, when Sunak's children are poised to light diyas on the steps of No. 10 Downing Street soon.

The Opposition party's diaspora group, Labour Convention of Indian Organisations (LCIO), also welcomed the sheer symbolism of Sunak's win, even as it reiterated Labour's call for a general election.

“While we congratulate Rishi Sunak for shattering a glass ceiling to become our first British Indian Prime Minister and look forward to working with him to undo the damage to the UK-India trade deal wrought by his predecessors, this change in PM cannot excuse or undo the Conservative-led horror of the last years,” the LCIO said.