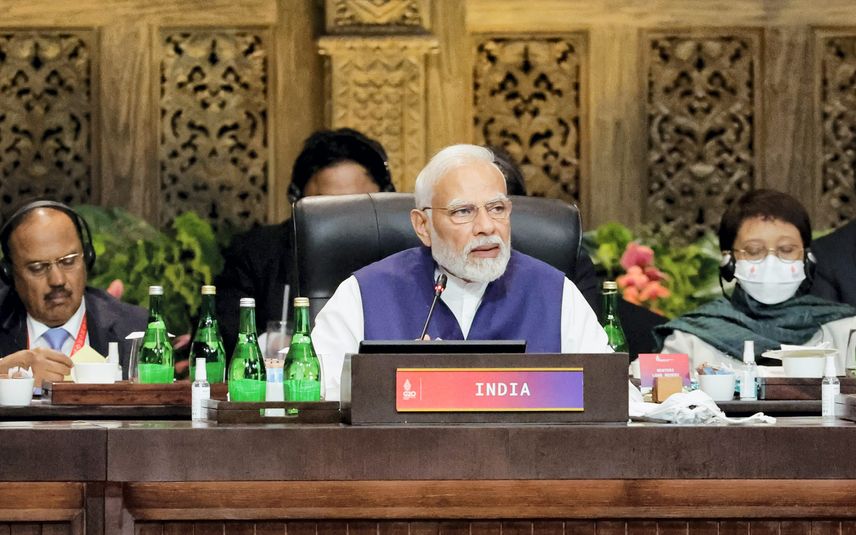 Bali: Prime Minister Narendra Modi on Wednesday said India's G-20 presidency will be inclusive, ambitious, decisive, and action-oriented, noting that the country is taking the charge at a time when the world is grappling with geopolitical tensions, economic slowdown and rising food and energy prices.

India was handed over the presidency of the influential bloc at the end of the two-day G-20 summit here which was hosted by Indonesia.

In his remarks at the closing ceremony of the summit, Modi said India will strive to ensure that the G-20 acts as a global "prime mover" to envision new ideas and accelerate collective action over the next one year.

"India is taking charge of the G-20 at a time when the world is simultaneously grappling with geopolitical tensions, economic slowdown, rising food and energy prices, and the long-term ill-effects of the pandemic," Modi said.

"At such a time, the world is looking at the G-20 with hope. Today, I want to assure that India's G-20 presidency will be inclusive, ambitious, decisive, and action-oriented," he said.

India will officially assume the G20 Presidency from December 1.

The next G20 Leaders' Summit at the level of Heads of State/Government is scheduled to be held on September 9 and 10 in New Delhi.

The prime minister said India's presidency of the G-20 is a proud occasion for every Indian and that the country will organize G-20 meetings in different cities and states.

"Our guests will get full experience of India's amazing diversity, inclusive traditions, and cultural richness. We wish that all of you will participate in this unique celebration in India, the 'Mother of Democracy'. Together, we will make the G-20, a catalyst for global change," he said.

"Over the next one year, we will strive to ensure that the G-20 acts as a global prime mover to envision new ideas and accelerate collective action," he said.

"The sense of ownership over natural resources is giving rise to conflict today, and has become the main cause of the plight of the environment. For the safe future of the planet, the sense of trusteeship is the solution," he added.

Modi noted that LiFE that is a 'Lifestyle for Environment' campaign can make a big contribution to this. "Its purpose is to make sustainable lifestyles a mass movement." The prime minister emphasised that the benefits of development are universal and all-inclusive.

"We have to extend the benefits of development to all human beings with compassion and solidarity. Global development is not possible without women's participation," he said.

Modi said the G-20 has to convey a strong message in favour of peace and harmony.

"All these priorities are fully embodied in the theme of India's G-20 Chairmanship -- 'One Earth, One Family, One Future'," he said.

The G20 or Group of 20 is an intergovernmental forum of the world's major developed and developing economies.