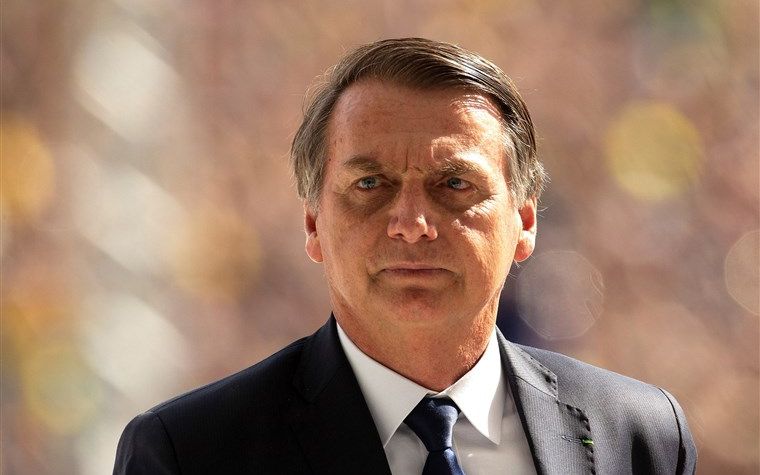 Rio de Janeiro: After an inconclusive first round of presidential elections, Brazilians woke up Monday to another month of uncertainty in a deeply polarized political environment and with renewed fears of unrest.

Seeking to make a spectacular comeback, ex-president and frontrunner Luiz Inacio Lula da Silva, 76, failed to garner the 50 percent of votes plus one needed to avoid an October 30 runoff against far-right incumbent Jair Bolsonaro, 67.

Lula got 48.4 percent of the vote in Sunday's first round, followed by Bolsonaro with a much closer-than-expected 43.2 percent that seemed to signal a high level of enthusiasm for his conservative brand of "God, country and family" politics.

Lula had gone into Sunday's first round with 50 percent of polled voter intention, and Bolsonaro with 36 percent.

"I think it will be a very stressful campaign," Leonardo Paz, Brazil consultant for the International Crisis Group, told AFP.

"Bolsonaro and Lula will come... for each other, and I think Bolsonaro will double down on... saying that the system was against him."

Bolsonaro has repeatedly sought to cast doubt on Brazil's electronic voting system and has questioned the validity of opinion polls that have consistently placed him a distant second.

Now, with real-life results seeming to bear out his claims, "more people... may believe in what Bolsonaro is saying," said Paz.

The incumbent president has repeatedly hinted that he would not accept a Lula victory, raising fears of a Brazilian version of the riots last year at the US Capitol after former president Donald Trump refused to accept his election loss.

"It will give him some momentum because he's beaten the expectations... He will play on that the experts were wrong: 'I've got the momentum and I'll defy expectations again in the second round'."

Passions will be high on both sides for the next four weeks.

Lula's failure to pull off a first-round victory leaves Bolsonaro with "an extra month to cause turmoil in the streets," political scientist Guilherme Casaroes of the Getulio Vargas Foundation's (FGV) Sao Paulo School of Business Administration told AFP.

"Any kind of doubt that he casts upon the electoral system will work in his favor... demobilizing voters not to go vote for Lula."

This would mean hammering on Lula's flaws, including his controversial conviction for corruption -- since overturned in court, but not necessarily in the court of public opinion -- and the 18 months he spent in jail.

"Certainly he (Bolsonaro) is very capable of revving up his base and they could interpret that (as the all-clear) to go after Lula supporters... You can't rule it out," said Shifter.

"There's just a lot of rancor and a lot of hate and a lot of distrust and it would not be surprising if some of that leads to some unrest," he added.

Any violence, however, was likely to be in the form of isolated incidents and not organized, just like it has been so far, analysts said.

A 'Bolsonarist' wave energized by the first-round results "will boost the president's campaign and may help demobilize the non-convinced voters of Lula."

It also means Lula will have to "court centrists and even conservatives much more aggressively during the next four weeks," said the FGV's Oliver Stuenkel, possibly hurting his standing with more radical leftist supporters.

Conversely, the disappointing result for Lula supporters might also serve to fire them up ahead of the next round.

"People that perhaps did not... vote because they thought that Bolsonaro would lose... they might go" vote in the next round, said Paz.

Added Casaroes: "Those who really care for democracy in the country will have to get off the couch. Occupying the public space against a strengthened Bolsonarism may be difficult, but it is the only way to prevent Bolsonaro's long-run authoritarian project from consolidating at all levels."

Pele recovering after surgery, hospital confirms he is fine

From Copa America to Olympics, Richarlison nets 3 for Brazil against Germany