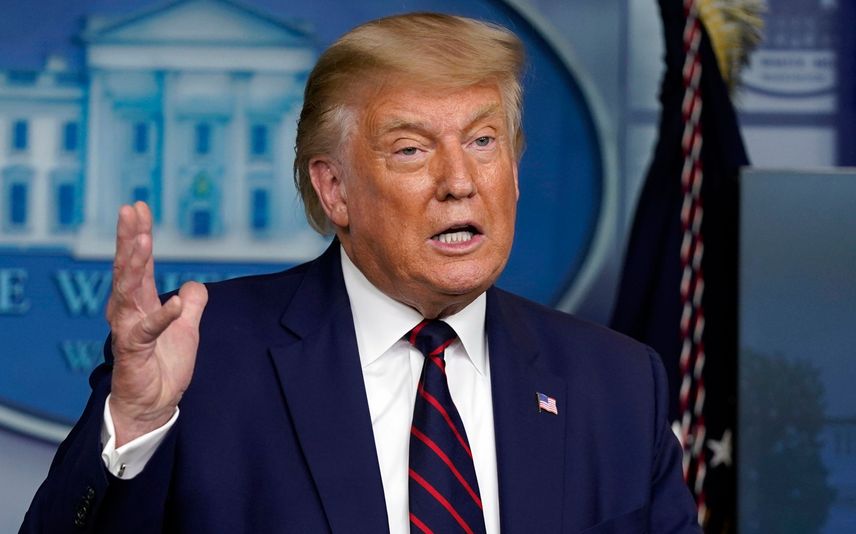 Washington: US President Donald Trump on Sunday declared himself immune from Covid-19 as he prepares to return to the campaign trail in a fight to regain ground against surging White House rival Joe Biden.

"It looks like I'm immune for, I don't know, maybe a long time and maybe a short time, it could be a lifetime, nobody really knows, but I'm immune," Trump said in a Fox News interview, a day after his doctor affirmed he was no longer a transmission risk for the disease.

It is not yet clear to what degree contracting Covid-19 confers immunity from future infection, with early studies suggesting a few months while newer ones have indicated it could last longer.

While it acknowledges that -- generally -- a person who recovers from a viral infection is protected against new infection, the World Health Organization cautioned in August: "For COVID-19, we do not yet have enough data to confirm if antibodies protect, what antibody levels are required, or how long protection will last."

During his phone interview on Fox News, Trump went on to suggest that his White House rival could himself be sick.

"If you look at Joe, he was coughing yesterday horribly and grabbing his mask, as he's coughing," Trump said. "And I don't know what that was all about, and it didn't get much press."

The Biden campaign has been publishing daily coronavirus tests for their candidate since Trump tested positive on October 1 -- landing him in hospital for three nights and derailing his campaign.

There has been less transparency surrounding Trump's own state of health, with his medical team repeatedly refusing to say when he lasted tested negative for the virus. That has fueled suspicions that he may not have been tested for several days prior to his diagnosis.

Trump rallied hundreds of supporters for a comeback event at the White House on Saturday, and is planning back-to-back rallies this week in a bit to salvage his struggling campaign three weeks from the November 3 election.AFP