Germany weighs ban on Telegram, 'a tool of conspiracy theorists against Covid-19 vaccination' 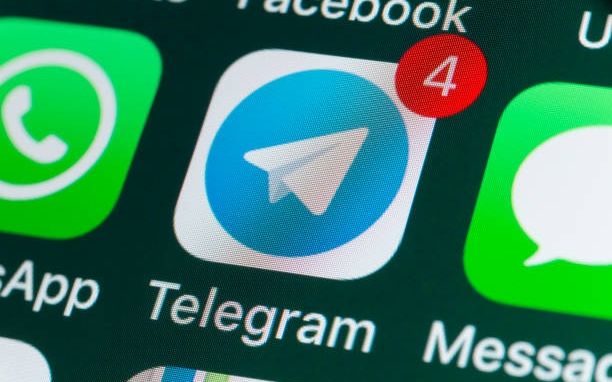 Berlin: The German government is considering a ban on encrypted messaging app Telegram after it was repeatedly used as a channel for spreading anti-vaccine conspiracy theories and even death threats.

The app has also played a key role in mobilising turnout at some of the most violent protests in opposition to the German government's Covid-19 policies since the start of the pandemic.

With parliament due to begin debating compulsory vaccination on Wednesday, authorities fear that the controversial issue could risk firing up another wave of rage.

With this in mind, politicians have set their sights on tighter controls on Telegram.

Interior Minister Nancy Faeser will unveil plans by Easter to require the app to delete messages that contain death threats or hate speech and identify their authors.

If Telegram fails to comply, the government could even ban the service completely.

"We will ensure that those spreading hate are identified and held accountable," Faeser told the Bundestag lower house of parliament in mid-January.

She also told Die Zeit newspaper that Telegram could be deactivated in Germany if it failed to comply with local laws and "all other options have failed".

Telegram chat groups, which can include up to 200,000 members, have been used by some anti-vaccine protesters to share false information and to encourage violence against politicians.

In December, German police seized weapons during raids in the eastern city of Dresden after a Telegram group was used to share death threats against a regional leader.

The same month, Telegram was used to mobilise a group of coronavirus-sceptics to mass outside the house of Petra Koepping, the health minister of Saxony state, armed with flaming torches.

A message viewed by 25,000 people had called for people opposing Covid restrictions to share private addresses of German "local MPs, politicians and other personalities" who they believed were "seeking to destroy" them through pandemic curbs.

At the height of a refugee crisis that erupted in 2015, online social networking tools Facebook and Twitter fell foul of the authorities as they were seized by the far-right to spread virulent anti-immigrant content.

In 2017, Germany passed a controversial law that requires the social network giants to remove illegal content and report it to the police.

Facebook said in September it had deleted accounts, pages and groups linked to the "Querdenker" (Lateral Thinkers), a movement that has emerged as the loudest voice against the German government's coronavirus curbs.

But that pushed opposing voices to other platforms, with Telegram emerging as the app of choice.

"Since the big platforms like Facebook no longer allow racist, anti-Semitic hate and far-right content like Holocaust denial, people who want to spread this are looking for new avenues," Simone Rafael, digital manager for the Amadeu Antonio anti-racism foundation, told AFP.

"Currently, the most popular one in Germany is Telegram," Rafael said.

While Facebook has an interest in maintaining a presence in Germany and has gradually submitted to national legislation, this is not the case with Telegram, the expert said.

"Telegram is not cooperating with the judicial or security authorities, even on indisputably punishable and reprehensible matters such as child pornography," a behaviour that "deprives the state of any capacity for action", Rafael said.

With Telegram not budging, German federal police are even planning to start flooding the company with requests for content deletion to push it into action, reported Die Welt daily.

One option for the government could be to require Google or Apple to remove Telegram from their app stores. However, this would not affect users who have already downloaded the app.

For Rafael, the only solution is to ban the app completely.

That would make Germany the first Western country to outlaw Telegram, created in 2013 by Russian brothers Nikolai and Pavel Durov, two opponents of Russian President Vladimir Putin who sought to avoid surveillance by their country's secret services.

The company is currently headquartered in Dubai, with its parent group in British Virgin Islands.

Telegram is already banned or heavily regulated in China, India and Russia.

But a move against the app could also spark further dissent in Germany.

Such a drastic step would "send a very bad signal", according to digital journalist Markus Reuter.

"On the one hand we are celebrating Telegram's lack of censorship and its importance for democratic movements in Belarus and Iran, and on the other, we are then disabling the service here" in Germany, he said.