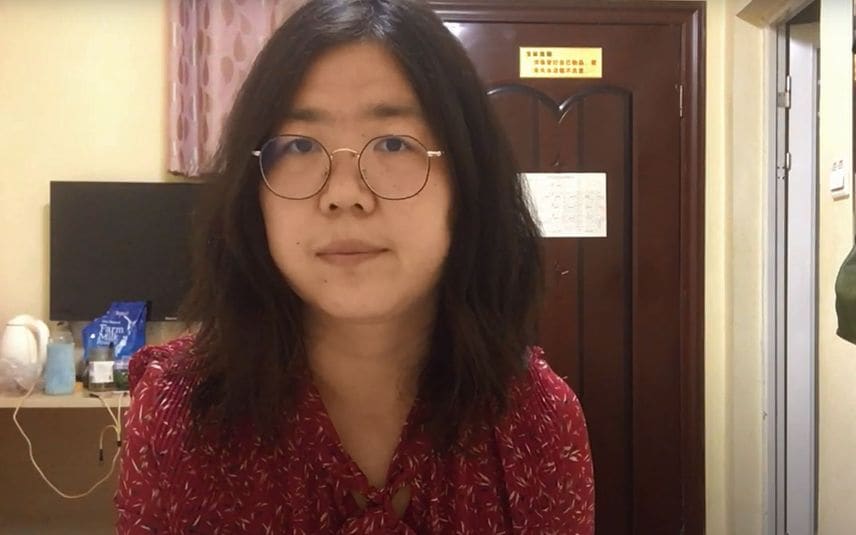 New Delhi: The United Nations Commission on Human Rights is very concerned about the rapidly deteriorating health of Zhang Zhan, whose life is reported to be at serious risk due to a hunger strike she is currently holding in protest against her conviction in December 2020 for documenting the early days of the Covid-19 pandemic in the Chinese city of Wuhan.

"We call on the Chinese authorities to consider Zhang's immediate and unconditional release, at the very least, on humanitarian grounds, and to make urgent life-saving medical care available, respecting both her will and her dignity," UN human rights office spokesperson Marta Hurtado said.

The free flow of relevant information is of particular importance in the early stages of crisis situations such as public health emergencies, she said.

"We reiterate our call to all states to ensure that all emergency measures, including with regard to freedom of expression and media freedom, introduced in response to the Covid-19 pandemic are strictly necessary, proportionate to their legitimate aim and non-discriminatory," Hurtado added.

Zhang, a journalist and former lawyer, had travelled to Wuhan in February 2020 and for three months, she documented the authorities' response to the Covid-19 outbreak. She shot and uploaded videos on social media platforms highlighting people's lives in the city.

In May 2020, she was arrested by the police and taken to her home city of Shanghai, where she was imprisoned. Later in December 2020, she was convicted for "picking quarrels and provoking trouble" and sentenced to a four-year prison term.

While in detention, Zhang held several hunger strikes to protest her imprisonment, conviction and sentencing.

The Office of The High Commissioner for Human Rights has raised concerns over her case both publicly and bilaterally with the Chinese authorities since her arrest last year, seeking clarification on the criminal proceedings taken against her as a consequence of what appear to have been her legitimate journalistic activities.

In the meantime, Zhang has allegedly been force-fed by the authorities. However, over time, her health has seriously deteriorated, and she is said to be dangerously underweight. IANS