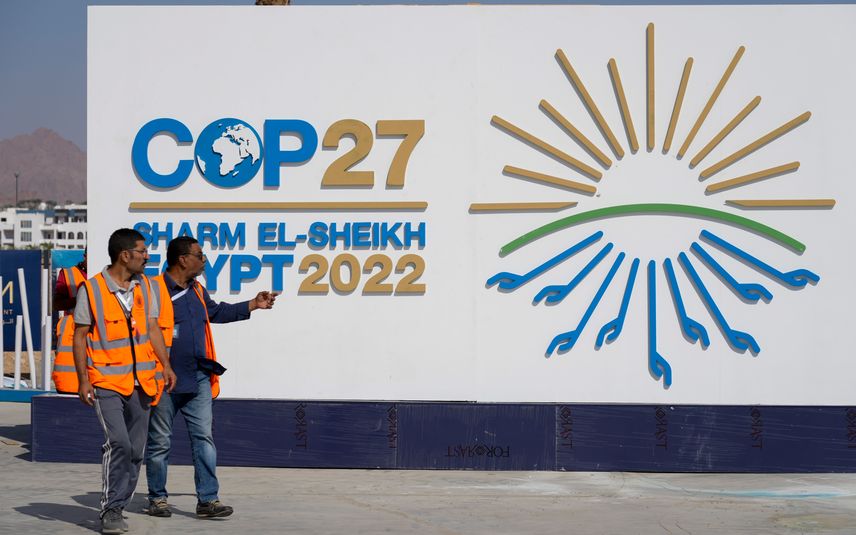 Just in the last few months, a cascade of climate-addled weather disasters has killed thousands, displaced millions and caused billions in damages: massive flooding in Pakistan and Nigeria, deepening droughts in Africa and the western US, cyclones in the Caribbean, and unprecedented heat waves across three continents.

"Report after report has painted a clear and bleak picture," said UN chief Antonio Guterres in the run-up to the 13-day conference in the Red Sea resort of Sharm el-Sheik.

"COP27 must lay the foundations for much faster, bolder climate action now and in this crucial decade, when the global climate fight will be won or lost."

Warming beyond that threshold, scientists warn, could push Earth toward an unlivable hothouse state.

But current trends would see carbon pollution increase 10 percent by the end of the decade and Earth's surface heat up 2.8C, according to findings unveiled last week.

Promises made under the Paris Agreement would, if kept, only shave off a few tenths of a degree.

"Our planet is on course for reaching tipping points that will make climate chaos irreversible and forever bake in catastrophic temperature rise," Guterres said recently.

"We need to move from tipping points to turning points for hope."

For the UN climate forum, that means transitioning from negotiations to implementation.

It also means a shift from politics to the economy, with government investments in China, the US and the European Union leveraging hundreds of billions of yuan, dollars and euros into trillions.

The already daunting task of decarbonising the global economy in a few years has been made even harder by a global energy crunch and rapid inflation, along with debt and food crises across much of the developing world.

"There have been fraught moments before," said E3G think tank senior analyst Alden Meyer, recalling other wars, the near collapse of the UN-led process in 2009, and Donald Trump yanking the United States out of the Paris Agreement in 2016.

"But this is a perfect storm," dubbed by some a "polycrisis", said the 30-year veteran of the climate arena.

After front-line negotiators set COP27 in motion on Sunday, more than 120 world leaders will put in appearances on Monday and Tuesday.

The most conspicuous no-show will be China's Xi Jinping, whose leadership was renewed last month at a Communist Party Congress.

US President Joe Biden has said he will come, but only after legislative elections on Tuesday that could see either or both houses of Congress fall into the hands of Republicans hostile to international action on climate change.

Cooperation between the United States and China -- the world's two largest economies and carbon polluters -- has been crucial to rare breakthroughs in the nearly 30-year saga of UN climate talks, including the 2015 Paris Agreement.

But Sino-US relations have sunk to a 40-year low after a visit to Taiwan by House leader Nancy Pelosi and a US ban on the sale of high-level chip technology to China, leaving the outcome of COP27 in doubt.

A meeting between Xi and Biden at the G20 summit in Bali days before the UN climate meeting ends, if it happens, could be decisive.

One bright spot at COP27 will be the arrival of Brazilian president-elect Luiz Inacio Lula da Silva, whose campaign vowed to protect the Amazon and reverse the extractive policies of outgoing President Jair Bolsonaro.

More than any other COP, perhaps, this one will be about money -- or how little of it has flowed from countries that got rich burning fossil fuels to mostly blameless poorer nations suffering the worst consequences.

"The most vulnerable countries are tired, they are frustrated," Stiell said. "The time to have an open and honest discussion on loss and damage is now."

The United States and the European Union -- fearful of creating an open-ended reparations framework -- have dragged their feet and challenged the need for a separate funding stream. AFP