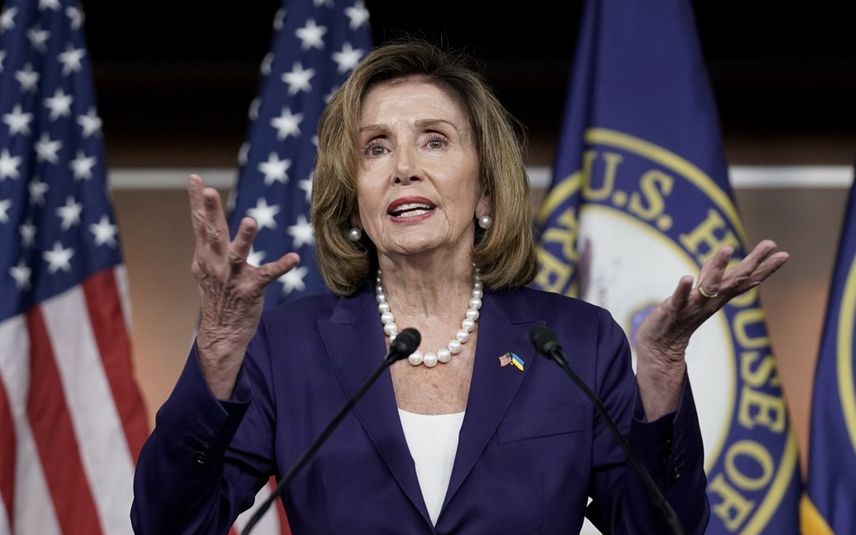 Beijing: China said Tuesday that the United States will "pay the price" if House Speaker Nancy Pelosi visits Taiwan during her Asia trip.

Pelosi was in Malaysia, the second stop in a tour that has sparked rage in Beijing after reports of a potential Taipei visit.

China considers Taiwan its territory and has indicated through repeated warnings that it would view a Pelosi visit as a major provocation.

"The US side will bear the responsibility and pay the price for undermining China's sovereign security interests," foreign ministry spokeswoman Hua Chunying said at a regular press briefing in Beijing.

American officials often make discreet visits to Taiwan to show support, but Pelosi would be a higher-profile visitor than any in recent history.

Reports of her plans have sent US-China tensions soaring.

In a call with US President Joe Biden last week, Chinese President Xi Jinping warned the United States against "playing with fire" on Taiwan.

And China's ambassador to the United Nations, Zhang Hun, said Monday that such a visit would be "very much dangerous, very much provocative".

While the Biden administration is understood to be opposed to a Taiwan stop, White House National Security Council spokesman John Kirby said Pelosi was entitled to go where she pleased.

"The speaker has the right to visit Taiwan," he told reporters on Monday.

"There is no reason for Beijing to turn a potential visit consistent with longstanding US policies into some sort of crisis."

He said Pelosi was travelling on a military aircraft and that while Washington did not fear a direct attack, it "raises the stakes of a miscalculation".

Kirby reiterated, however, that US policy was unchanged toward Taiwan.

This means support for its self-ruling government, while diplomatically recognising Beijing over Taipei and opposing a formal independence declaration by Taiwan or a forceful takeover by China.

Meanwhile, Russia on Tuesday backed its ally China on the issue.

China has refused to condemn Russia's invasion of Ukraine and has been accused of providing diplomatic cover for the Kremlin by blasting Western sanctions and arms sales to Kyiv.

"We engaged in wide-ranging discussion on advancing our shared goals for a free and secure Indo-Pacific," Pelosi said in a statement, using another term for the Asia-Pacific region.

AFP journalists saw Pelosi coming out of a hotel in the Malaysian capital and entering an SUV. Her motorcade then departed under heavy security.

After Singapore and Malaysia, her itinerary includes stops in South Korea and Japan -- but the prospect of a Taiwan trip has dominated attention.

Taipei has remained silent on the prospect of a Pelosi visit.

Premier Su Tseng-chang did not confirm the visit on Tuesday when asked by reporters, but thanked Pelosi for her support.

And the Liberty Times newspaper cited unnamed sources as saying she would land Tuesday night, then meet President Tsai Ing-wen the next day before departing in the afternoon.

Taiwan's 23 million people have long lived with the possibility of an invasion, but the threat has intensified under Xi.

The island's military on Tuesday said it was "determined" to defend it against increased threats by China over the potential Pelosi visit.

"The probability of war or a serious incident is low," tweeted Bonnie Glaser, director of the Asia programme at the US-based German Marshall Fund think tank.

"But the probability that... (China) will take a series of military, economic, and diplomatic actions to show strength & resolve is not insignificant," she added.

"Likely it will seek to punish Taiwan in myriad ways."