Chengdu is an important diplomatic outpost for the US, covering a large swath of the country, including the sensitive region of Tibet. 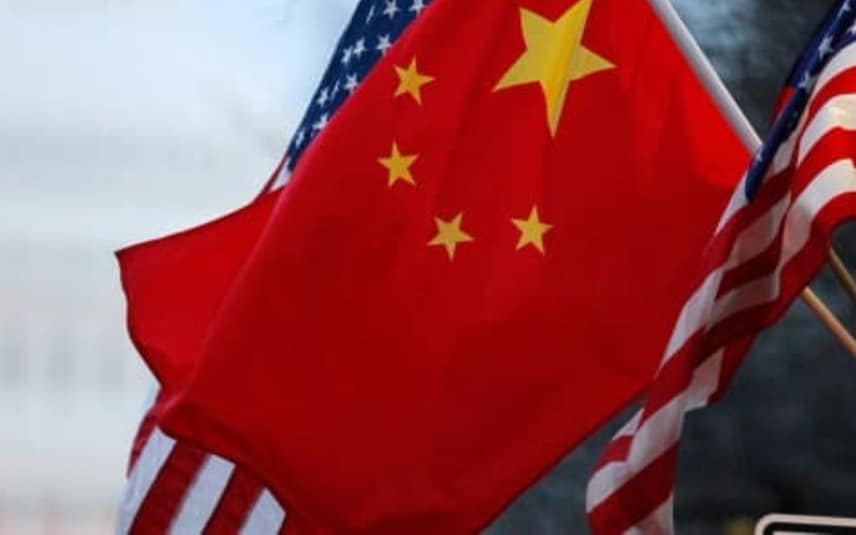 Beijing: China on Friday ordered the US to close down its consulate in Chengdu in retaliation to Washington's decision to shut the Chinese mission in Houston, further straining the already tense bilateral ties.

A statement by the Chinese Foreign Ministry said the US Embassy here has been informed of the Chinese government's decision to withdraw its consent for the establishment and operation of the US Consulate General in Chengdu, the provincial capital of southwestern Sichuan province.

Chengdu is an important diplomatic outpost for the US, covering a large swath of the country, including the sensitive region of Tibet.

The Chinese foreign ministry also asked the US to stop all operations and events by the US Consulate General in Chengdu.

“On July 21, the US launched a unilateral provocation by abruptly demanding that China close its Consulate General in Houston. The US move seriously breached international law, the basic norms of international relations, and the terms of the China-US Consular Convention,” the foreign ministry statement said.

“It gravely harmed China-US relations. The measure taken by China is a legitimate and necessary response to the unjustified act by the US. It conforms with international law, the basic norms of international relations, and customary diplomatic practices”, it said.

“The current situation in China-US relations is not what China desires to see, and the US is responsible for all this. We once again urge the US to immediately retract its wrong decision and create necessary conditions for bringing the bilateral relationship back on track”, it said.

The US on Wednesday ordered the closure of the Chinese consulate in Houston, a move it said was aimed "to protect American intellectual property and private information."

Reacting strongly to the US move, Chinese Foreign Ministry spokesman Wang Wenbin on Thursday termed it as an "unprecedented escalation” and warned of retaliatory measures.

“This is breaking down the bridge of friendship between the Chinese and American people,” Wang said.

Top American officials have accused the Chinese consulate in Houston of being part of Beijing's espionage operation in the US.

US President Donald Trump on Wednesday said he may order the closure of more Chinese consulates in the country.

Relations between the US and China have taken a turn for the worse in recent months over Beijing's handling of the coronavirus pandemic. Fresh concerns over China's crackdown of its Uygur Muslims in Xinjiang and Beijing imposing a controversial national security law in Hong Kong have also raised bilateral tensions.

In a major speech on the Trump administration's China policy on Thursday, Secretary of State Mike Pompeo called the Chinese consulate in Houston “a hub of spying and intellectual property theft.”

State Department spokeswoman Morgan Ortagus said earlier the US had made the decision to close down the Houston consulate because of the “massive, massive theft of our research and our intellectual property.”

According to media reports, the US has asked China to close down its Consulate General in Houston within 72 hours.

The US consulate in Chengdu, covering consular affairs in several provinces and regions, including Tibet, had attracted headlines in the past.

It was opened in October 1985 by former US president George Bush, and was besieged by crowds to protest the US bombing of the Chinese Embassy in Belgrade in 1999.

The consulate, which is reported to have over 200 people as staff, was also the site of the dramatic attempted defection in 2012 by Chongqing police chief Wang Lijun, whose actions kicked off a series of events that led to the downfall of top Communist Party official Bo Xilai.

Bo was regarded as a serious contender for power against Chinese President Xi Jinping.

Observers had previously suggested Beijing could order the closure of the US consulate in Wuhan, which is informally paired with Houston and the most recent to open in China.

But American diplomats have not been working from the mission for several months now, having evacuated early in the coronavirus pandemic which originated in the central Chinese city last year.

Lu Xiang, a research fellow at the Chinese Academy of Social Sciences in Beijing, told state-run Global Times that choosing the US consulate in Chengdu is an equivalent and reciprocal countermeasure as the consulate covers the consular services among the southwest region of China and its number of employees is almost equal to that of China's consulate in Houston.

“The US is unlikely to make further provocations to close more Chinese diplomatic missions. Choosing the consulate in Houston could help the Trump administration distract the public's attention from the worsening epidemic situation in Texas, a traditional ‘red state,' which the Republican Party can't afford to lose,” he said.

But other Chinese consulates in the US are located in cities like New York and San Francisco, which are in the “blue states” that the Republicans can't win, so it would be meaningless for Trump to close more as it won't help him win the election, Lu said.

Trump, a Republican, is seeking a re-election to the White House in the November 3 presidential elections.