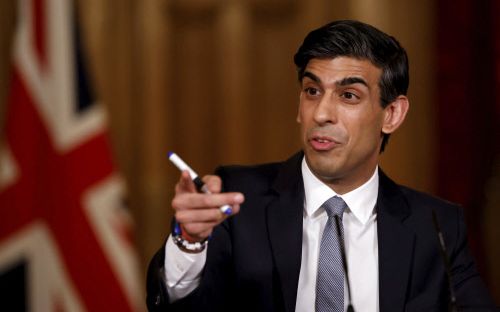 Sunak, who took charge at 10 Downing Street last week, had a "very warm" introductory call with Prime Minister Narendra Modi during which both sides expressed their commitment towards an FTA.

The UK Prime Minister's office also reiterated that the focus remains on a balanced trade deal that benefits both sides and therefore no timeframe is being specified after a proposed Diwali timeline had to be abandoned last month amid political turmoil in the UK.

"Both sides are very committed to it, intensive negotiations are continuing led by the Department for International Trade (DIT)," a spokesperson told reporters at a Downing Street briefing.

"The Prime Minister had a very warm, introductory call with Prime Minister Modi last week. In terms of the speed of it [FTA], we have been very clear that we won't sacrifice quality to achieve speed. We will sign when we have a balanced deal that represents both of our interests but both sides remain committed," the spokesperson said.

In his first phone call after taking charge as Prime Minister last week, Sunak had referenced "good progress" being made to finalise the FTA.

"The Prime Minister hoped the UK and India could continue to make good progress in negotiations to finalise a comprehensive Free Trade Agreement," a Downing Street readout of the call said.

The two leaders are expected to meet in person at the G20 Summit in Indonesia later this month, unless they meet at the COP27 Summit in Egypt where the UK Prime Minister has confirmed attendance of the Leader's Day but Modi's visit is as yet unconfirmed.

Sunak is on the record expressing his commitment to an FTA with India while Chancellor of the Exchequer at No. 11 Downing Street when he flagged financial services as a particularly “exciting” aspect of the bilateral trade relationship.

The City of London Corporation, the financial hub of the UK capital, has expressed the hope that Sunak's focus on services would take the FTA in the right direction.

“Services make up around 70 per cent of annual trade between our countries. So, a deal that doesn't deliver for this sector would be a missed opportunity,” said Chris Hayward, Policy Chairman at the City of London Corporation.

The focus of the FTA negotiations is on reducing the barriers to trade, cutting tariffs, and supporting easier imports and exports into each other's markets.

According to official UK government data, India-UK bilateral trade currently stands at around GBP 24.3 billion a year and the aim is for that to be at least doubled by 2030. PTI