"Today marks a precious day in my life. Asser (Malik) and I tied the knot to be partners for life," she wrote on Twitter, where she also posted images of herself and her new husband on their wedding day. 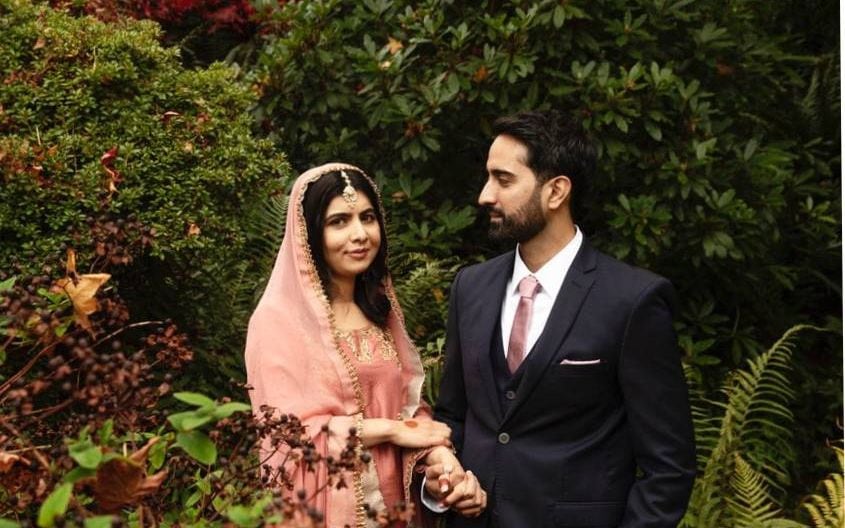 London: Nobel Peace Prize winner Malala Yousafzai, who was shot by the Pakistani Taliban for campaigning for girls' education, got married on Tuesday in a small ceremony in Birmingham, central England, she announced on social media.

"Today marks a precious day in my life. Asser (Malik) and I tied the knot to be partners for life," she wrote on Twitter, where she also posted images of herself and her new husband on their wedding day.

"We celebrated a small nikkah ceremony at home in Birmingham with our families. Please send us your prayers. We are excited to walk together for the journey ahead," she added.

A nikkah ceremony is the first step in an Islamic marriage.

When she was 15, Yousafzai was shot in the head by militants from the Tehreek-e-Taliban Pakistan, an offshoot of the Afghan Taliban, in her home town in the Swat valley while on a school bus in 2012.

She recovered after months of treatment at home and abroad before co-writing a best-selling memoir titled "I am Malala."

Yousafzai was awarded the Nobel Peace Prize as a 17-year-old in 2014, sharing the award with Kailash Satyarthi, a children's rights activist from India.

She graduated last year from the University of Oxford with a degree in philosophy, politics and economics.

Now 24 years old, she advocates for girls' education, with her non-profit Malala Fund having invested $2 million in Afghanistan.

She has also signed a deal with Apple TV+ that will see her produce dramas and documentaries that focus on women and children.