Foreign Minister Dmytro Kuleba and Defence Minister Oleksii Reznikov made a rare trip out of Ukraine in a possible sign of growing confidence in the fightback against Russian forces. 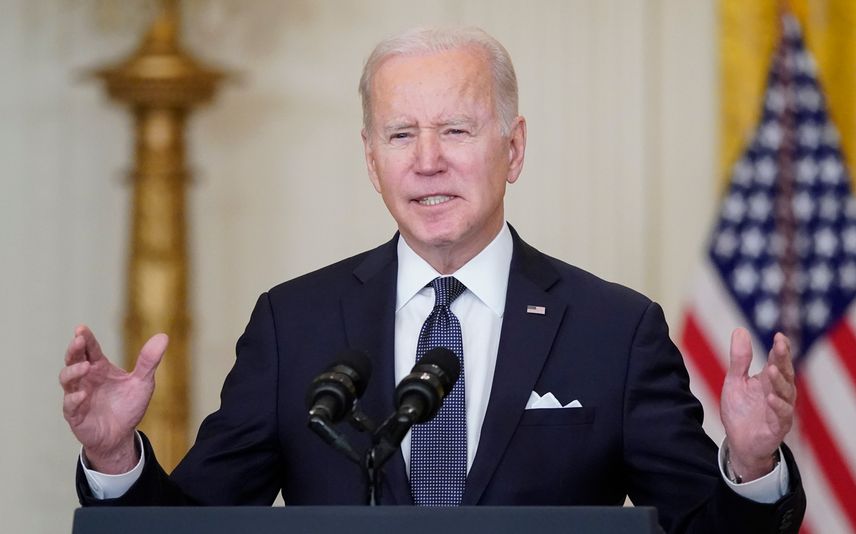 Warsaw:Joe Biden on Saturday in Warsaw met two Ukrainian ministers in the first face-to-face talks between the US president and top Kyiv officials since Russia's invasion began.

Biden also called Russian President Vladimir Putin "a butcher" after meeting with Ukrainian refugees and said he was unconvinced by Russia's claim it was scaling down its war aims.

Foreign Minister Dmytro Kuleba and Defence Minister Oleksii Reznikov made a rare trip out of Ukraine in a possible sign of growing confidence in the fightback against Russian forces.

The meeting took place at the Marriott Hotel in the city centre -- opposite a Warsaw train station where there has been a constant flow of Ukrainian refugees since the conflict started.

Biden could be seen seated at a long white table between US Secretary of State Antony Blinken and US Defense Secretary Lloyd Austin, facing Kuleba and Reznikov, an AFP reporter saw.

There were Ukrainian and US flags in the background.

Kuleba gave Biden the fragment of a Russian missile that struck a base in Yavoriv near the western Ukrainian city of Lviv close to the Polish border.

"The invincible character of Ukrainians and Western ones, especially US ones, are the recipe for our victory," Kuleba said after the meeting.

Kuleba said he had discussed new sanctions that could be imposed against Russia and how to ensure the current ones are properly implemented.

Since then, Kuleba has also met Blinken in Poland, next to the border with Ukraine on March 5.

Biden was on the second and final day of a visit to Poland after he met with EU and NATO leaders in Brussels earlier in the week.

Biden also told Polish President Andrzej Duda that NATO's collective defence was a "sacred commitment" for the US, adding: "You can count on that... For your freedom and ours".

Duda told him that Poles felt a "great sense of threat" from the conflict in neighbouring Ukraine.

The US leader later visited a refugee centre at the National Stadium in Warsaw.

Asked by reporters what he thought of Putin's actions, Biden responded simply: "He's a butcher".

Biden said he had been asked by children to pray for their male relatives fighting in Ukraine.

"I remember what it's like when you have someone in a war zone and every morning you get up and you wonder, you are just wondering, you are praying you don't get that phone call," said Biden, whose son Beau served in Iraq before dying of a brain tumour.

Biden is due to give a major speech later.

On Friday, the US president spoke to US soldiers stationed in Poland near the Ukrainian border and aid workers helping refugees fleeing the conflict.

He praised Ukrainians for showing "backbone" against the Russian invasion and compared their resistance to the Tiananmen Square pro-democracy protests in China in 1989.